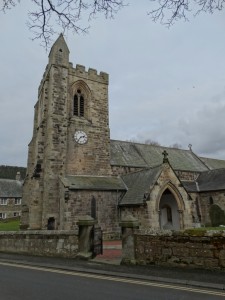 All Saints church in Rothbury is at NU057016, not far from the river. There is a benefice website. The church was open, so I bought a guidebook and a rather nice book The Valley remembers which is all about the WW1 dead. The noticeboard in the porch shows us that there is lots going on. There are some medieval stones too. There was probably an ancient foundation here, according to the guidebook the Anglo-Saxons this was a royal burgh. Perhaps the original church was destroyed by the Vikings or the Normans, there was then a C13 church which underwent a full restoration in 1850 – the Rector, Canon C.G. Vernon Harcourt, was in charge. 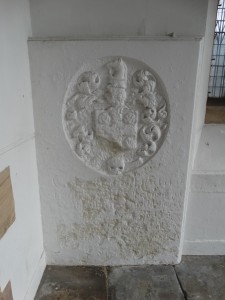 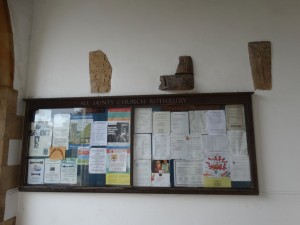 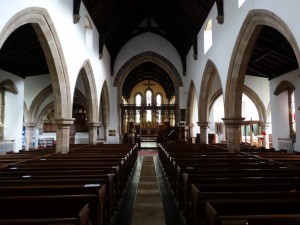 Under the tower is a most amazing font – indeed I used my photos for the talk later this evening as it is Passion Sunday. The basin is dated 1664, replacing one damaged during the unrest of the Civil War, the pedestal once formed part of an Anglo Saxon cross dating around 800 AD. On the north side is said to be the earliest carving in this country of the Ascension. Other remnants of this cross are in the Great North Museum in Newcastle – website. What an amazing font! 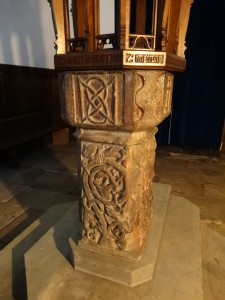 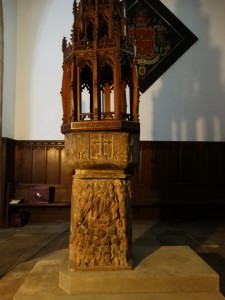 Less beautiful is this embroidered Last Supper – one assumes they did not get a faculty for that! 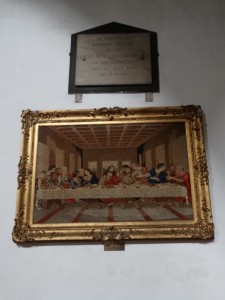 They have been doing a lot of work for Lent, with a good display in the north transept. I liked the old noticeboard for the benefit of the choir. 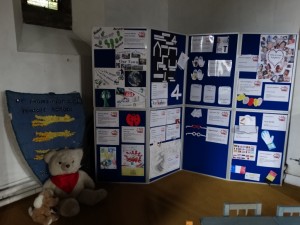 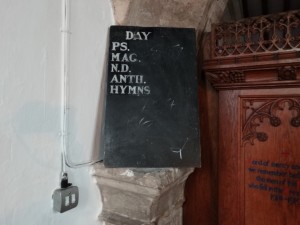 The Chancel screen is a lovely piece of wood carving which dates to 1901 and was installed in memory of Lord Armstrong. The Armstrongs were the family who built Cragside, just up the hill – have a read here. The pulpit was also carved in 1901 by Ralph Hedley, and has some saints – how did I photo a couple of them and not photo the whole pulpit? Nice altar frontal. 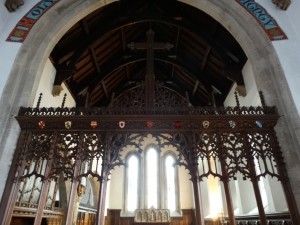 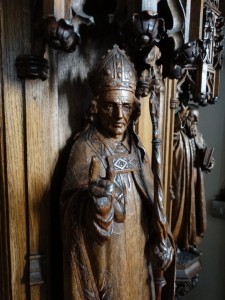 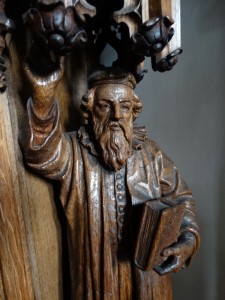 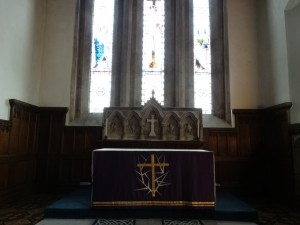 In the Chancel is this memorial to Dr John Thomlinson, Rector of Rothbury from 1679 to 1720. He was one of the great benefactors of the parish – and the Middle School bears his name. He founded a school with two masters “to teach the English, Latin and Greek tongues, to write and cast up accounts, learn by heart and understand our Church Catechism, without demanding payment for the same.” The school’s latest banner hangs in the south aisle. 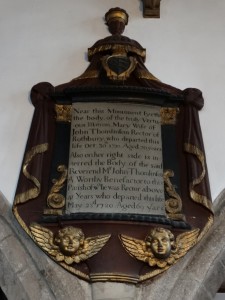 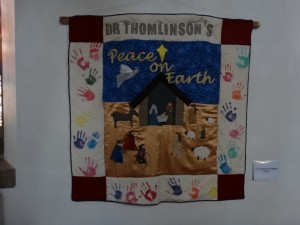 The south transept is a Memorial Chapel. The altar table came from Sleights station in North Yorkshire, and some of the wood from the old oak pews of the church. The glass is by Leonard Evetts – those of you who know the Memorial Window at St Mary’s in Ponteland will recognise that he had a stock design of badges. His lettering is marvellous. 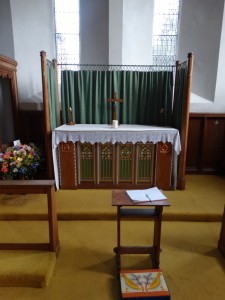 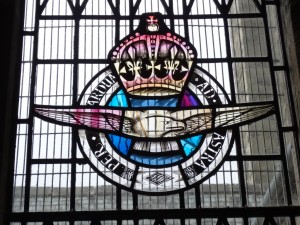 Outside we have a selection of sundials. At the top is one which was on top of the porch, but paced on the ground and re-leaded for clarity in 1728 at a cost of 1s 9d. On the south wall by the priest’s door are two scratch sundials. 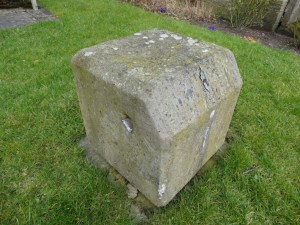 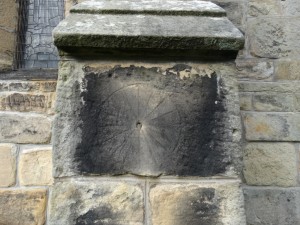 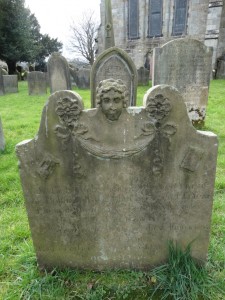 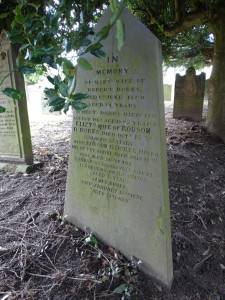 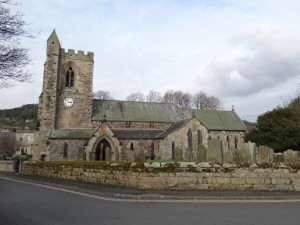 I crossed the road and went down to the lower graveyard – imagine trying to carry a coffin down these steps. Mr Mavin is not mentioned in the guidebook. The Celtic cross is the monument to Lord Armstrong of Cragside (though I’m not sure which Lord Armstrong!). It is a nice place to rest – and I’m glad I photographed some snowdrops. 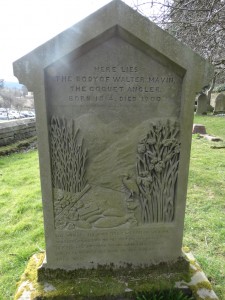 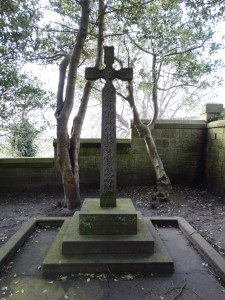