David Hewlett is the Vicar of Corbridge, and was a friend of Neil Collings (Dean of St Eds). On Wednesday 22 June he bought me a very nice lunch at The Wellington in Newton – the waitress told us we should be on the stage. We then went to explore Halton church, one of his. 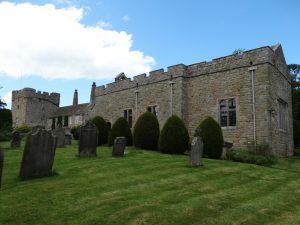 A little church with a long name – St Oswald, St Cuthbert and King Alfwald. It is at grid reference NY998678, next to the Castle which I photoed from the Wall Walk a few weeks ago (did I mention I have walked the Wall?). I had to look Alfwald up. Wikipedia gives him a mere six lines. He was king of Northumbria from 779 to 788, and is thought to have been a son of Oswulf. He was murdered by Sicga on 23 September 788 (probably at Chesters, but it could have been here). He was buried at Hexham Abbey. 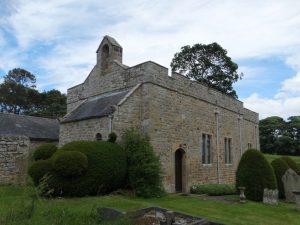 It is probable that this is an Anglo Saxon church. The walls are made of re-used Roman stones, we are only a mile or so south of the Wall, and are the same width as those at Escomb in County Durham, a Saxon church I have failed to get to. Saxon walls tend to be higher, so perhaps they were lowered in the middle ages, perhaps when Halton Castle was built next door. 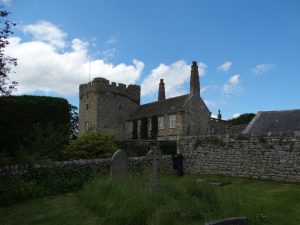 The church was almost ruined by the C16. Cuthbert Carnaby of Halton, whose father had become rich in the service of Henry VIII, gave the church its present windows and South door. The wooden roof was added in 1706, a neat battlemented parapet was built and the bell turret added. 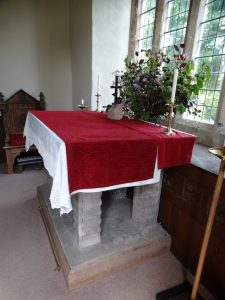 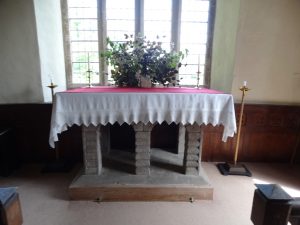 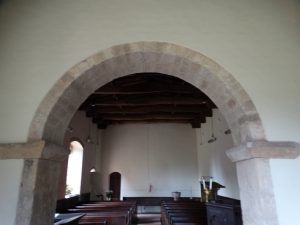 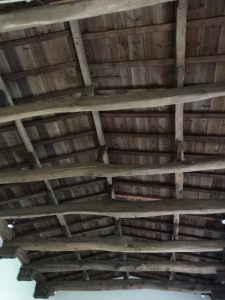 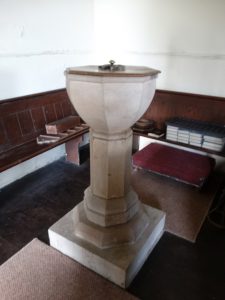 Outside the church we have a Roman altar, and the tomb of William Carnaby who died in 1686. 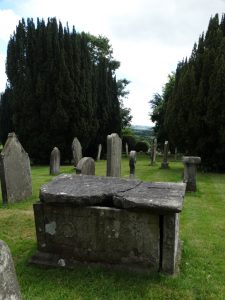 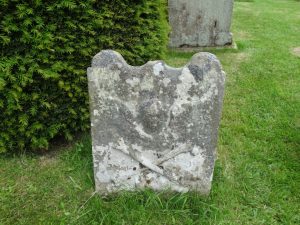 It also has a topiary pig – do they have a faculty for that? I think they should do a topiary Vicar.