On Saturday 14 May Alex and I had a day on the Keighley and Worth Valley Railway. 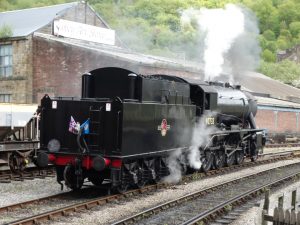 On the way home I had time to get off the train at Saltaire and have a quick explore. The village is a World Heritage Site – website. It is named after Sir Titus Salt who built a textile mill, known as Salts Mill, and this village on the River Aire. Designed by architects Lockwood and Mawson, Salts Mill was opened on Sir Titus Salt’s 50th birthday, 20 September 1853. The best site in the village was reserved for the church, which is at the end of a driveway facing the main entrance to the Mill. 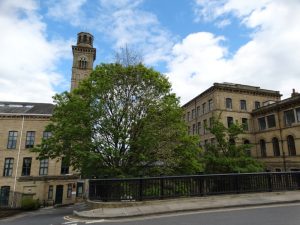 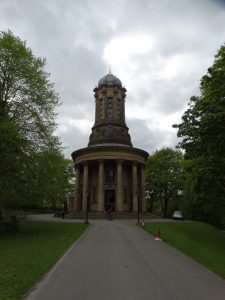 The foundation stone of Saltaire Congregational Chapel was laid by Mrs Caroline Salt on 27 September 1856, and Lockwood and Mawson were the architects again. Moulson of Bradford were the masons. The building is said to be a replica of a church in Italy, it is from the Palladian school of Italian architecture. It was completed in April 1859 at a total cost of £16,000, all of which paid for by Sir Titus. The vestibule has a lovely light, and a large statue of Sir Titus when he was 53. It was sculpted by Thomas Milnes, is made of Carrar marble and stands on a pedestal of Sicilian marble. At the base of the statue are an alpaca and an angora goat, at the feet of which is a fleece, enfolding a cornucopia from which is pouring luscious fruit onto the mill and houses of Saltaire. The wreath of olives indicated Peace, the fleece and the fruits denote Plenty. The statue was presented to Sir Titus in St George’s Hall, Bradford, on 20 September 1856 following a Garden Party at his house when 3,000 people saw the herd of llamas, alpacas and angora goats kept in the park. They were entertained to a meal consisting of 1,380 lbs of beef, 1,300 lbs of ham, 1,080 lbs of plum bread, 42 gallons of cream and many other items. 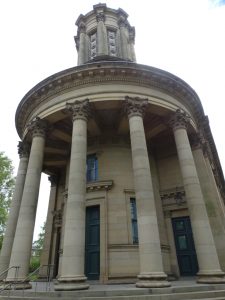 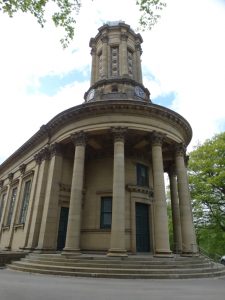 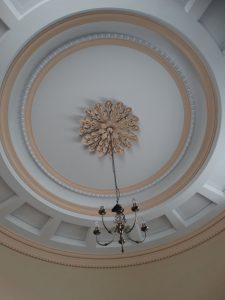 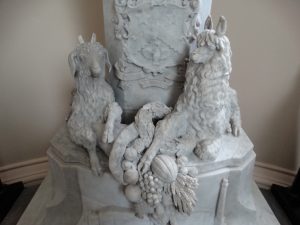 The interior of the church is stunning, and they had had a wedding today. Down the side are hollow Corinthian columns of verde antique scagliola executed by Mr Dolan of Manchester. I like guidebooks which define technical terms: “Scagliola, from the Italian scaglia, meaning ‘chips’, is a technique for producing stucco columns etc., that resemble inlays in marble and semi-precious stones. The Scagliola technique came into fashion in 17th century Tuscany as an effective substitute for costly marble inlays.” The tie rods had to be inserted in 1958 and the church was redecorated. The craftsmanship is superb. Restoration work took place in 1999 and 2011-12. The Chandeliers were the work of Messrs Hausburg of Liverpool, they were originally powered by gas. 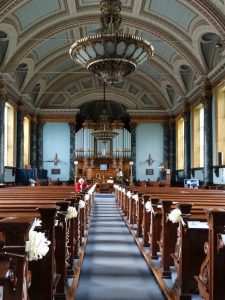 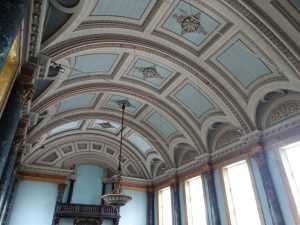 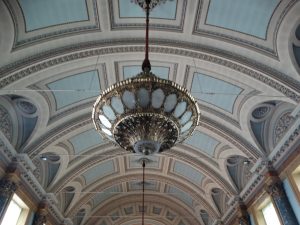 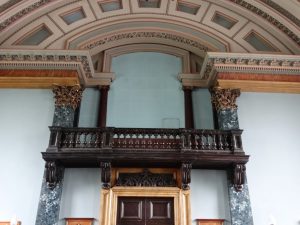 The original organ was built by Mr Holt of Leeds, and a new organ was built by Peter Conacher and Co of Huddersfield. It was inaugurated on 29 March 1890 by Alfred Hollins, the celebrated blind organist (so celebrated I have never heard of him, but there are plenty of references on the web). 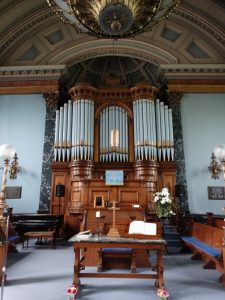 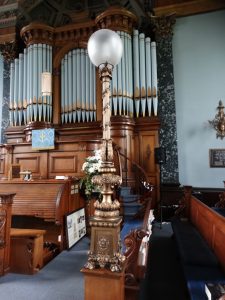 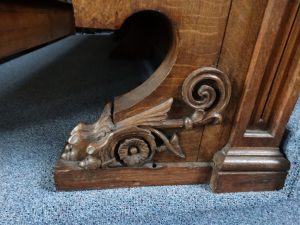 The East End (Anglican-speaking) is rather fine, and the Mausoleum was built as an extension to the church by Messrs Beanland of Bradford between 1860 and 1861. Sir Titus and seven other family members are buried here. There is also a memorial obelisk to those Saltaire men who died in WW1. 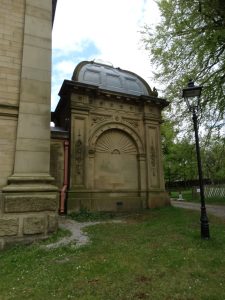 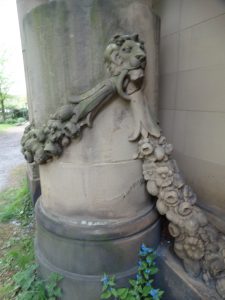 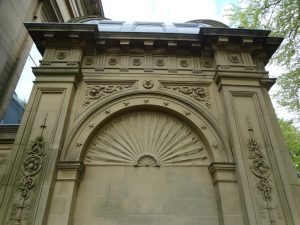 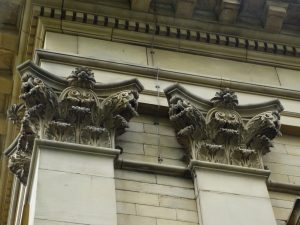 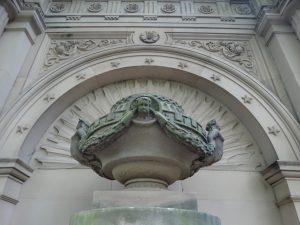 I would like a proper wander round the village at some point. Sir Titus was born in Morley in 1803, and obtained a position with a wool stapling firm in Wakefield in 1820, moving to Bradford two years later. In 1824 he joined his father’s wool stapling business and they became prosperous, partly because Titus had experimented with Donskoi wool from Russia which had been rejected by other manufacturers. Unable to find spinners for the Donskoi wool, they expanded into spinning and weaving. In 1836 Titus noticed a huge pile of dirty-looking bales of alpaca in a warehouse in Liverpool docks. They had been in the warehouse for so long they had become a nuisance and were likely to be shipped back to Peru. Titus took a small quantity away, did some experiments, then purchased the whole consignment at 8d a lb. One report says the brokers were so surprised and delighted that they gave their staff a holiday for the rest of the day. The fabric produced was beautiful. Titus could have retired at 50, but rather decided to move the mill workers out of heavily-polluted Bradford to this greenfield site. “I will do all in by power to avoid evils so great as those resulting from polluted air and water, and hope to draw around me a population that will enjoy the beauties of the neighbourhood and will be a well-fed, contented and happy body of operatives. I have given instructions to my architects that nothing be spared to render the dwellings a pattern to the country.” 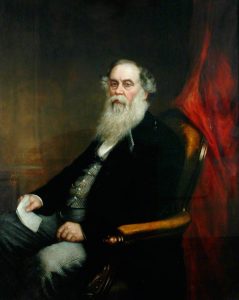