As a teenager I cycled many miles and tried to visit every church within a 10 mile radius of home in Barton. On this holiday we are driving up and down the M11, and have had time to come off and explore a few villages. Foxton is a small village with its own railway station – Great Northern Railway 1851. 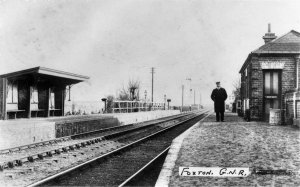 I also remember reading Rowland Parker’s little book The Common Stream about the village. There’s a good piece about the book at http://www.telegraph.co.uk/culture/books/10673706/The-Alphabet-Library-C-is-for-The-Common-Stream-by-Rowland-Parker.html

St Laurence’s church is in the centre of the village TL413484, opposite a new housing development. Interesting to compare their noticeboard with that of the church … 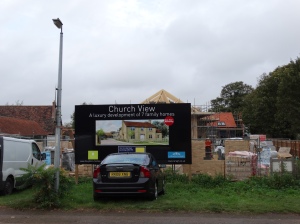 There has been a church on this site for about 1,000 years, and parts of the current building date back to the 13th century. Stepping inside the church seems very high, with a lovely rood screen. Looking up in the Nave there are some lovely figures in the roof. 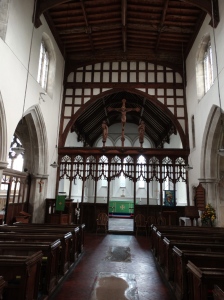 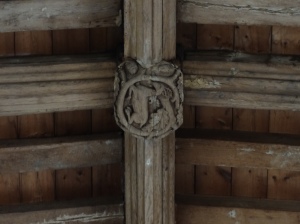 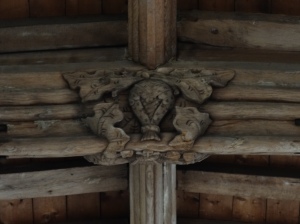 In the Chancel there are lovely angels, as well as a piscine and a sedilia. 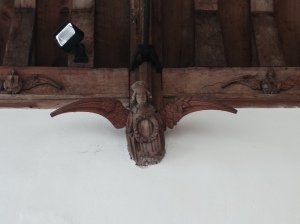 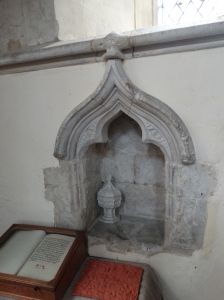 I also liked the memorial tablet to Jane Sarah, the beloved wife of John Glaisher, Gent. His dates were 1819 to 1846 – so neither he nor his wife had long lives. He left school at 14 and worked with his brother James who was assistant at Cambridge University Observatory. He later succeeded his brother. If dad was still alive I’d get him to do some more research for me. 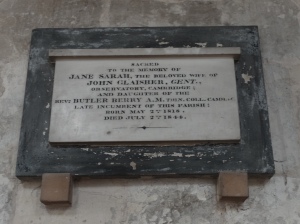 The church’s website is www.thefourchurchbenefice.org/ and their magazine is called “The Laurentian”, rather a posh title. They have an article about the new Royston Food bank in the October issue – when I used to cycle round churches 35 years ago we had never heard of a Foodbank … how on earth did we let our country get into this mess?

We drove to the A10 and crossed at the level crossing, then turned left towards Barrington. There is a freight line that connects the two – and I had a ride along it when I was in the Cambridge University Railway Club (well, along almost all of it – we were on the cement work’s loco which couldn’t run right onto the main line). The works operated from 1912 until 2008, but the line will now be reopened so waste can be bought in by train. Nice youtube film of a train in 2003 at

This entry was posted in Cambridgeshire, Railway interest. Bookmark the permalink.