On Friday 13 April I had gone walking with Gordon and his walking group to see the roman fort at Bremenium and the tombs on the Dere Street (NY833986). The dating of the tomb fits in with Elsdon church tombstone of Rufinus the prefect of the 1st Cohort of Vardulli which was the garrison in the reign of Emperor Severus, about 200 AD. The whole career of Rufinus was put on his tombstone by his aristocratic wife Julia Lucilla. He died aged 48 years. High on the hillside, looking north to the Cheviots and the land north of the Empire, I decided that Rufinus must have been an exceptional soldier, sent north of the Wall to hold this outpost. (I went back with dad on Wednesday 2 May when the singing of the skylarks made this a very special place). 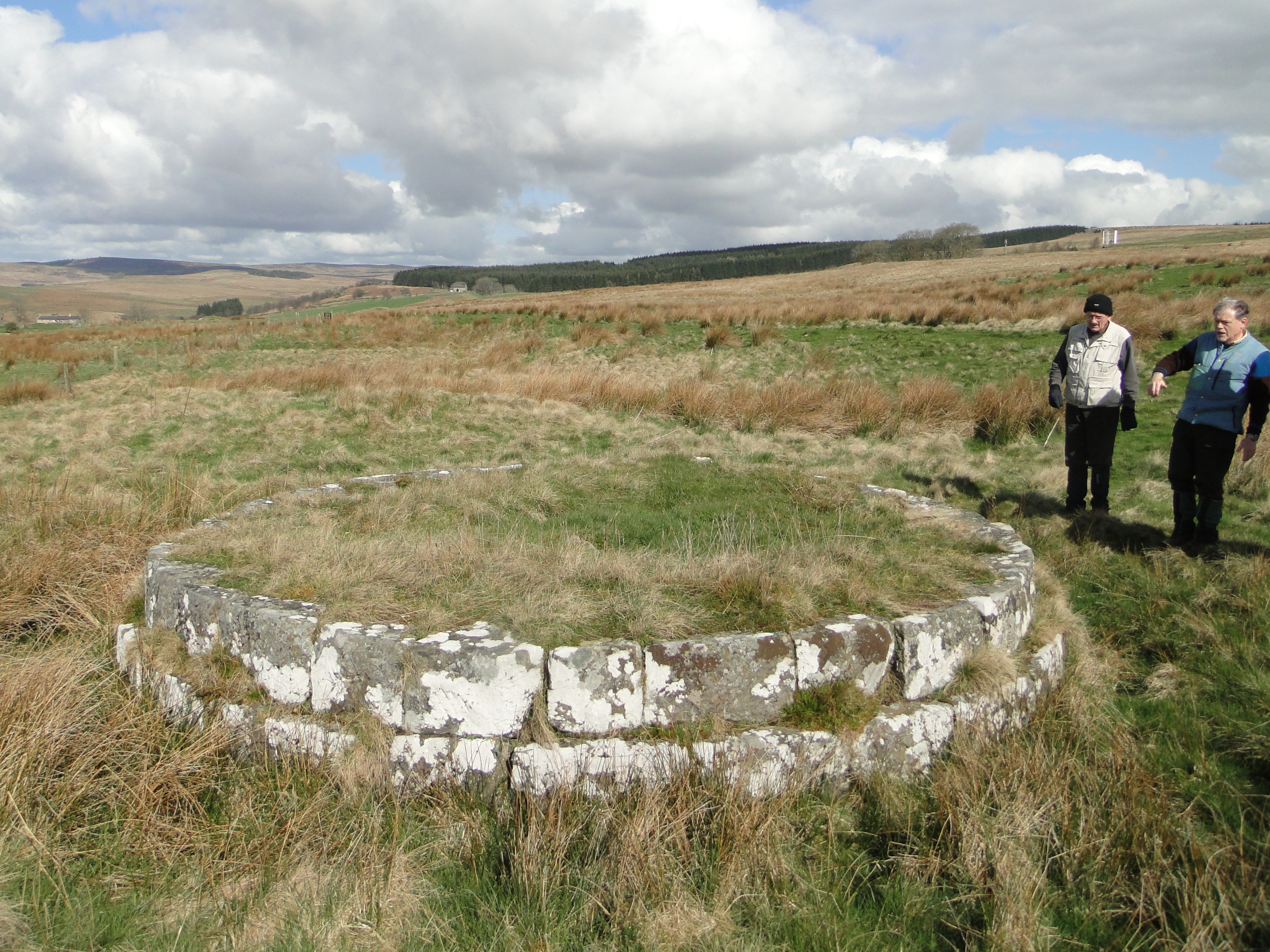