Locked churches depress me, but it was a glorious day – too glorious just to head home via the A1. So we turned right onto the B6525, and there was a brown “church” sign as we entered the hamlet of Ancroft – NU003452. And what a fascinating church. 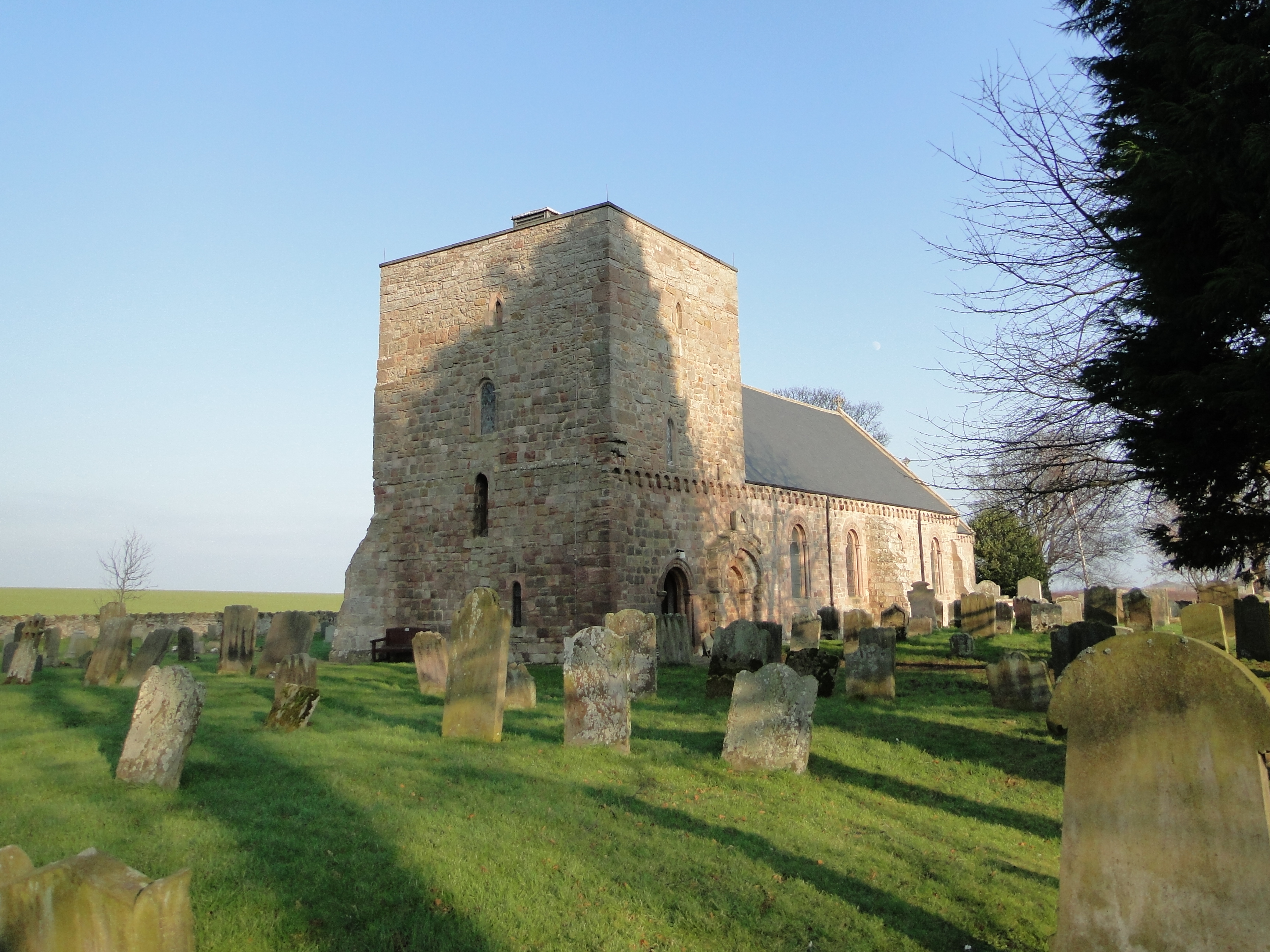 Pevsner tells me that the west half of the Nave is Norman, and the Tower is a 13th century Vicar’s Pele – roughly the same date as Ponteland’s Pele Tower (but they didn’t build that onto the church). Fascinating doors, and a sundial. 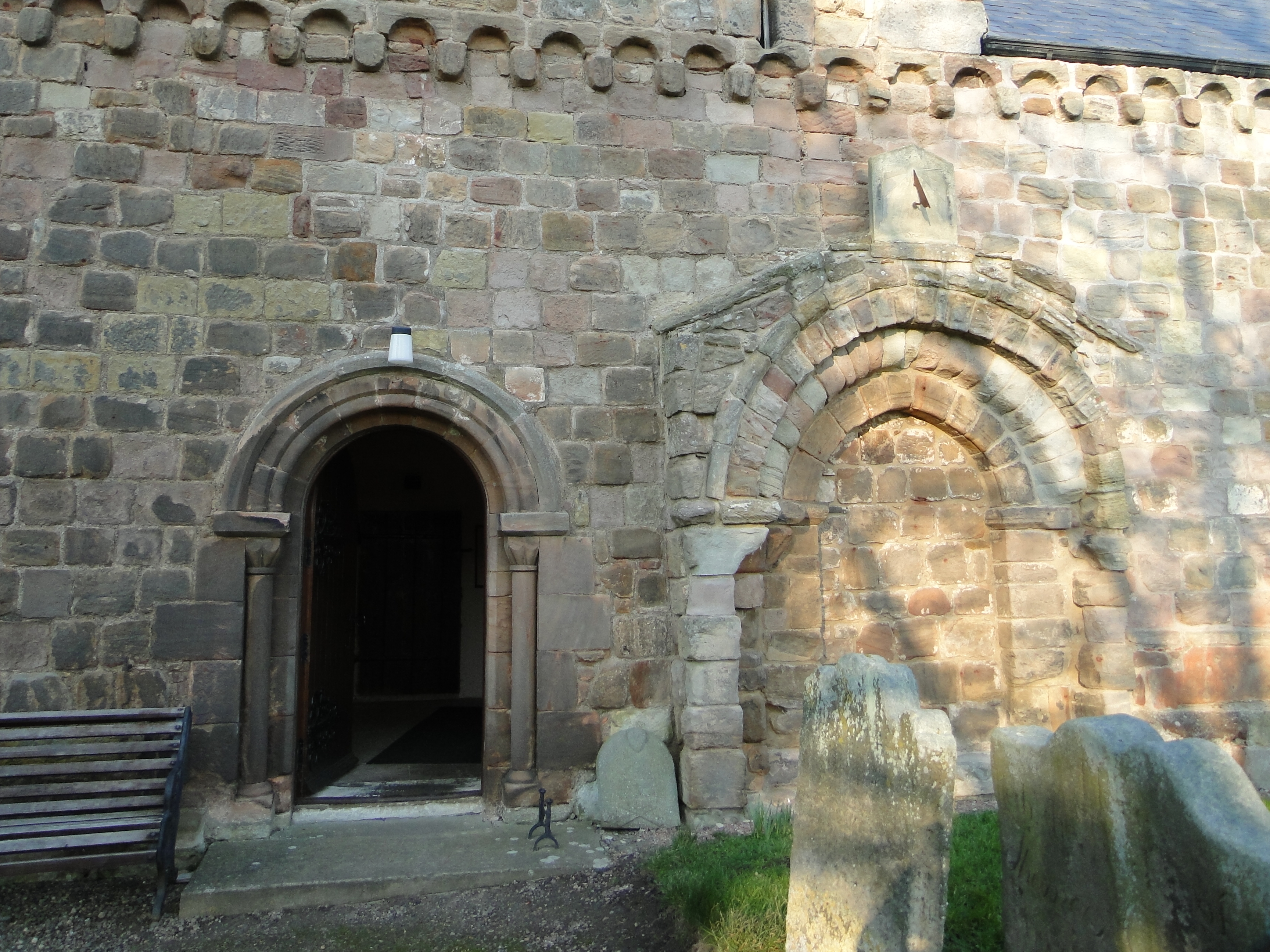 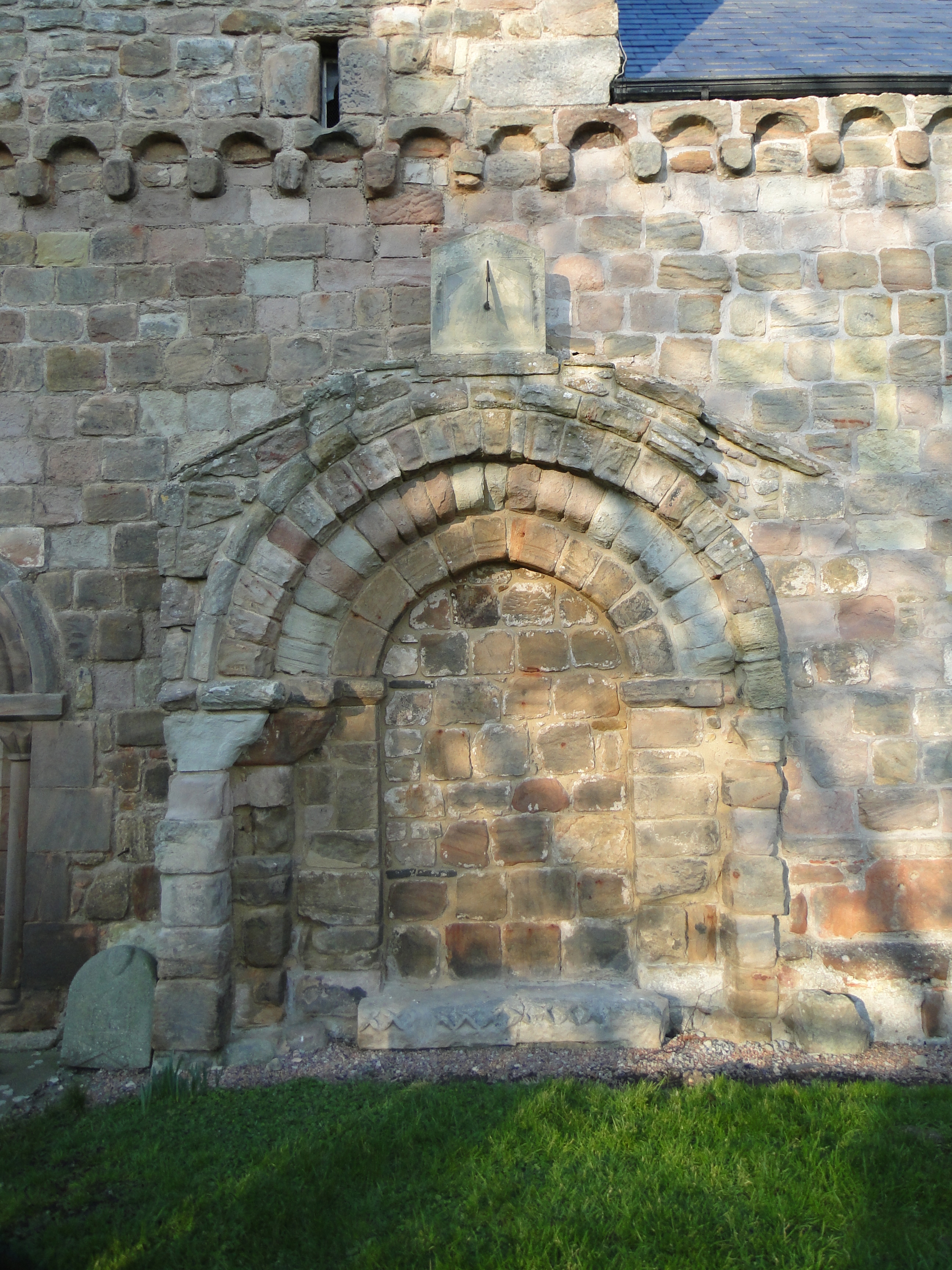 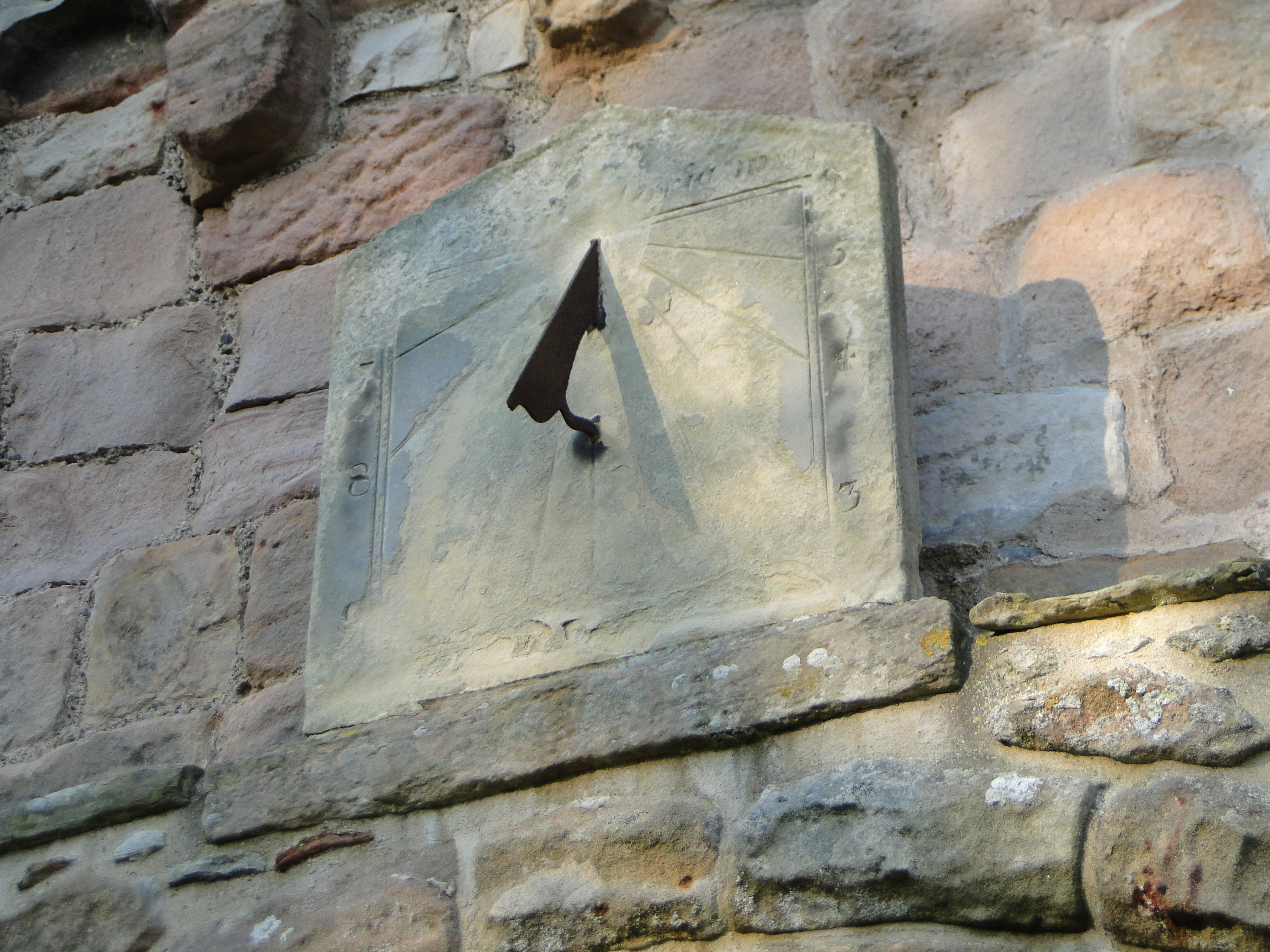 Inside was simple. At the west end, they have some lovely local history displays. It includes a picture of the retirement of the Reverend John Wright, Vicar 1915-1956. 41 years as Vicar of Ancroft – what did he do all day? Now the Vicar has Ancroft, Lowick and Kyloe, Ford and Etal – even that’s hardly a large population. They do a nice leaflet detailing the welcome in every benefice church. 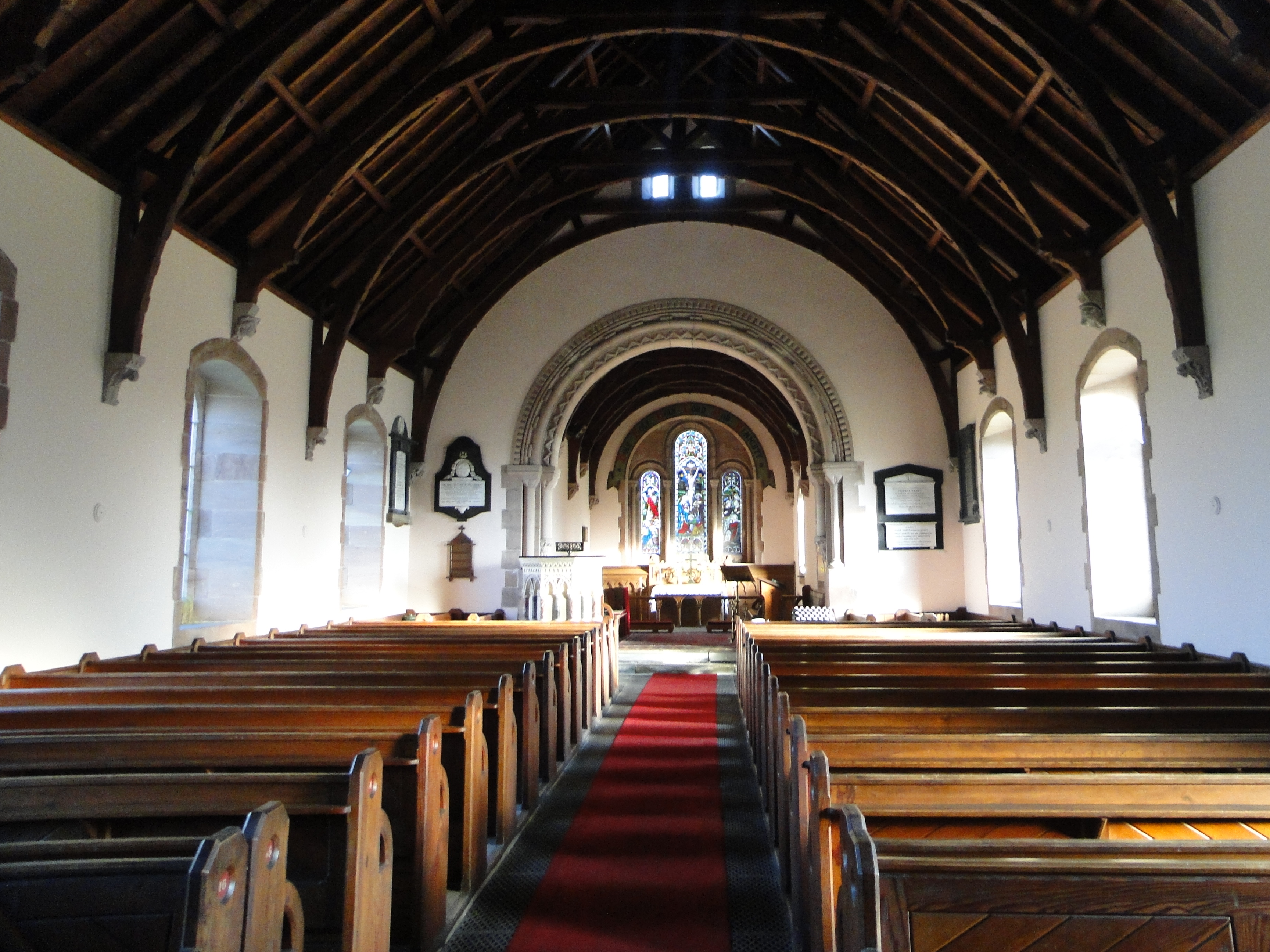 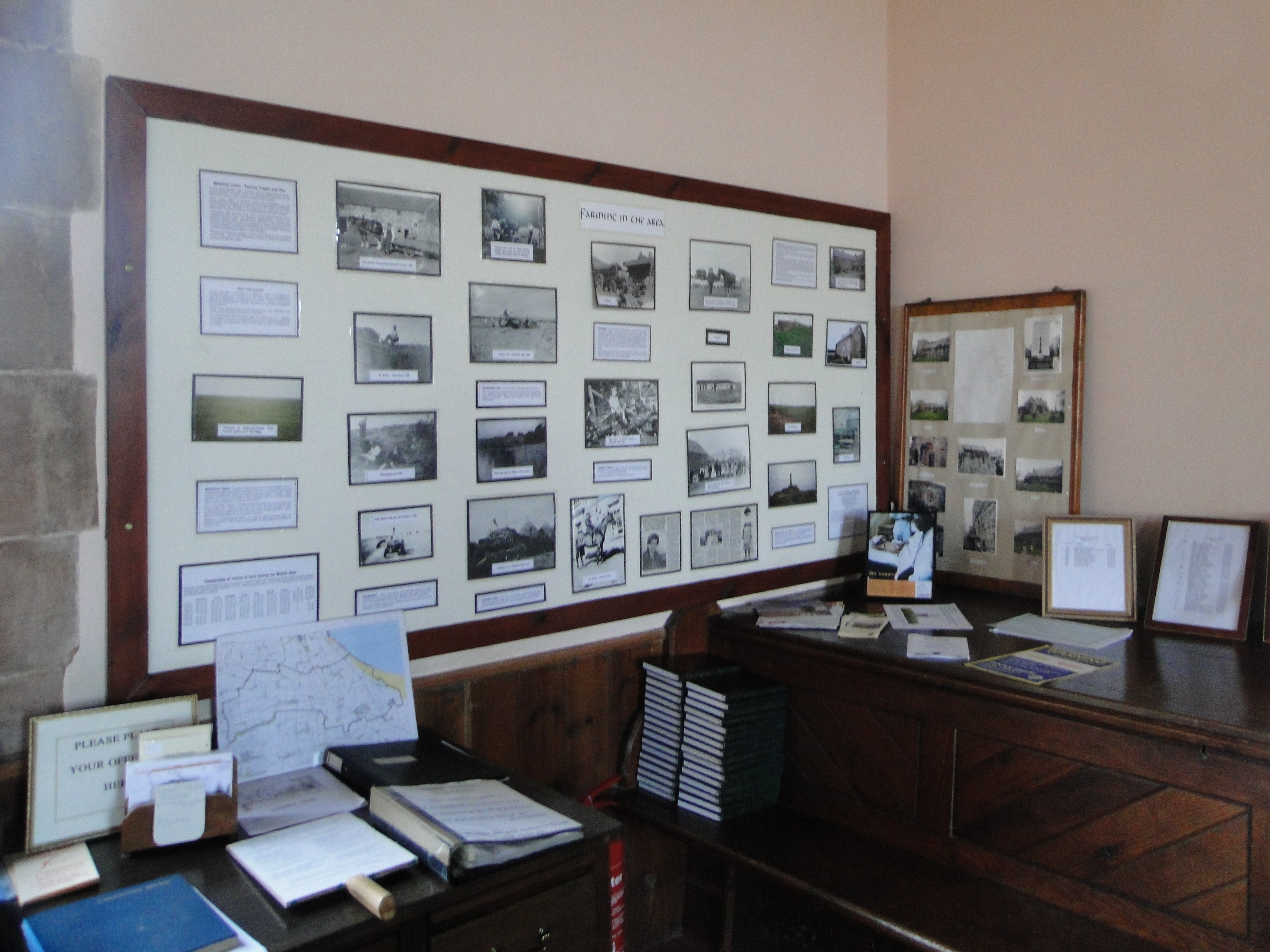 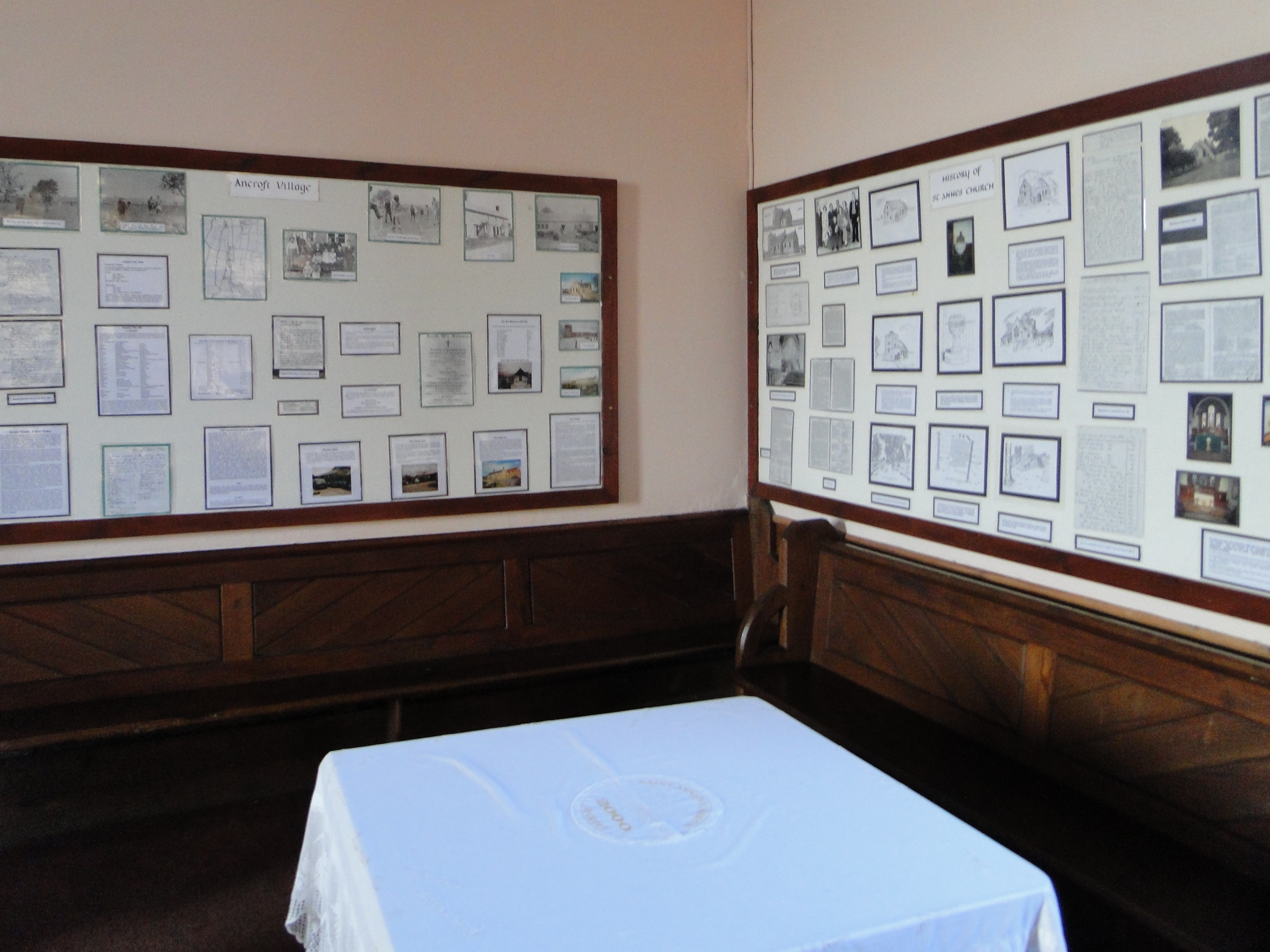 The guidebook is home-produced but very good – low population 13th to 16th century as the Scots kept coming and raiding over the border. The plague hit in 1667, and the mounds where the cottages had stood and the line of the village street can be seen in the field across the road from the church. Within the next century the population increased – to over 1,000 (which I find hard to believe). Farming plus boot, shoe and clog making – Marlborough’s army marched in Ancroft boots. Mining as well. A north transept was added in 1836 – but in 1870 it was taken down and the church extended eastwards instead.

A lady was working in the church and we got chatting. “Would you like to go up the tower?” she asked. Silly question. A room on the first floor – presumably where the Vicar lived / hid in his Pele – and a nice view from top. I couldn’t see Holy Island, and the shadow is me. 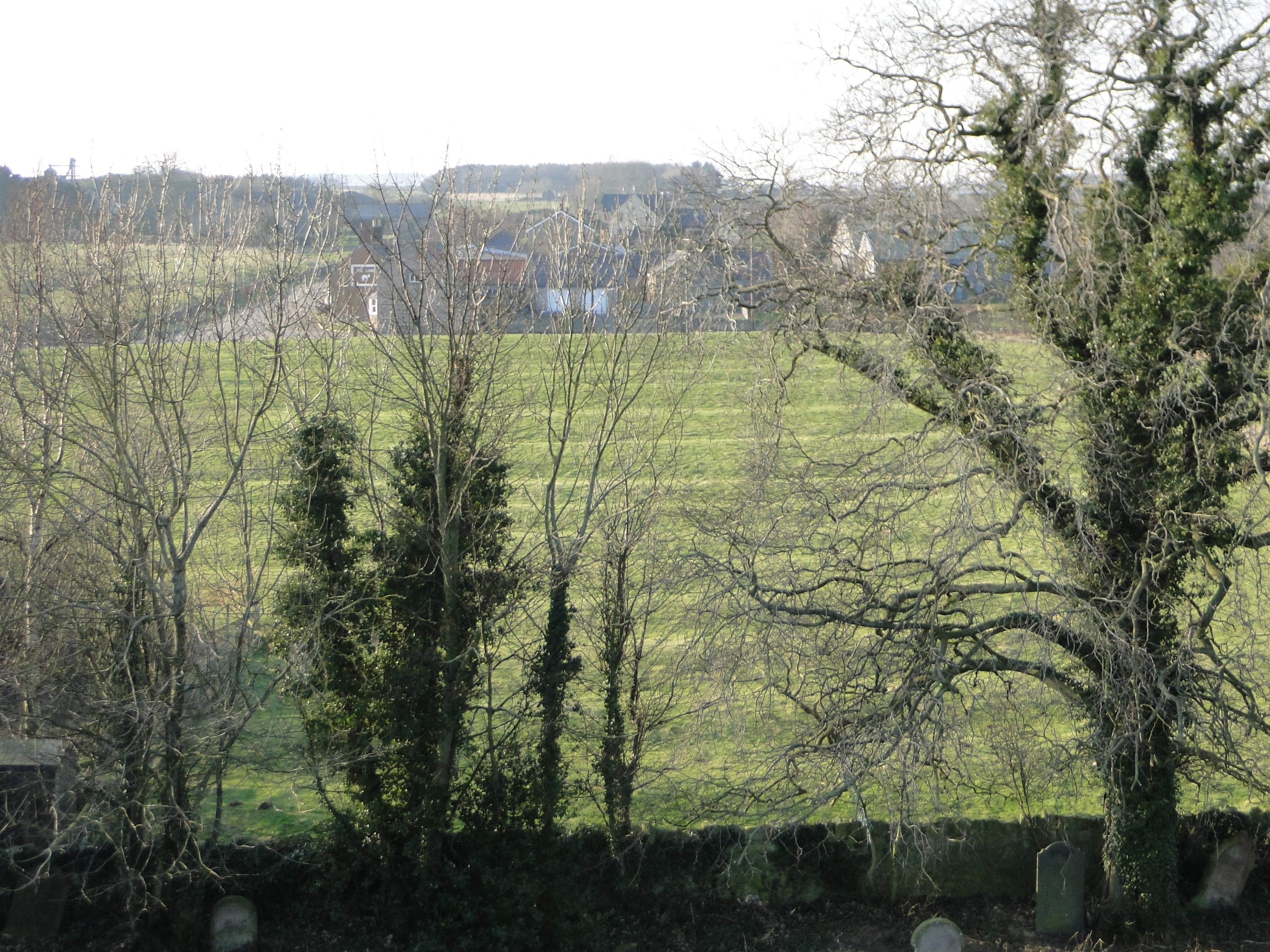 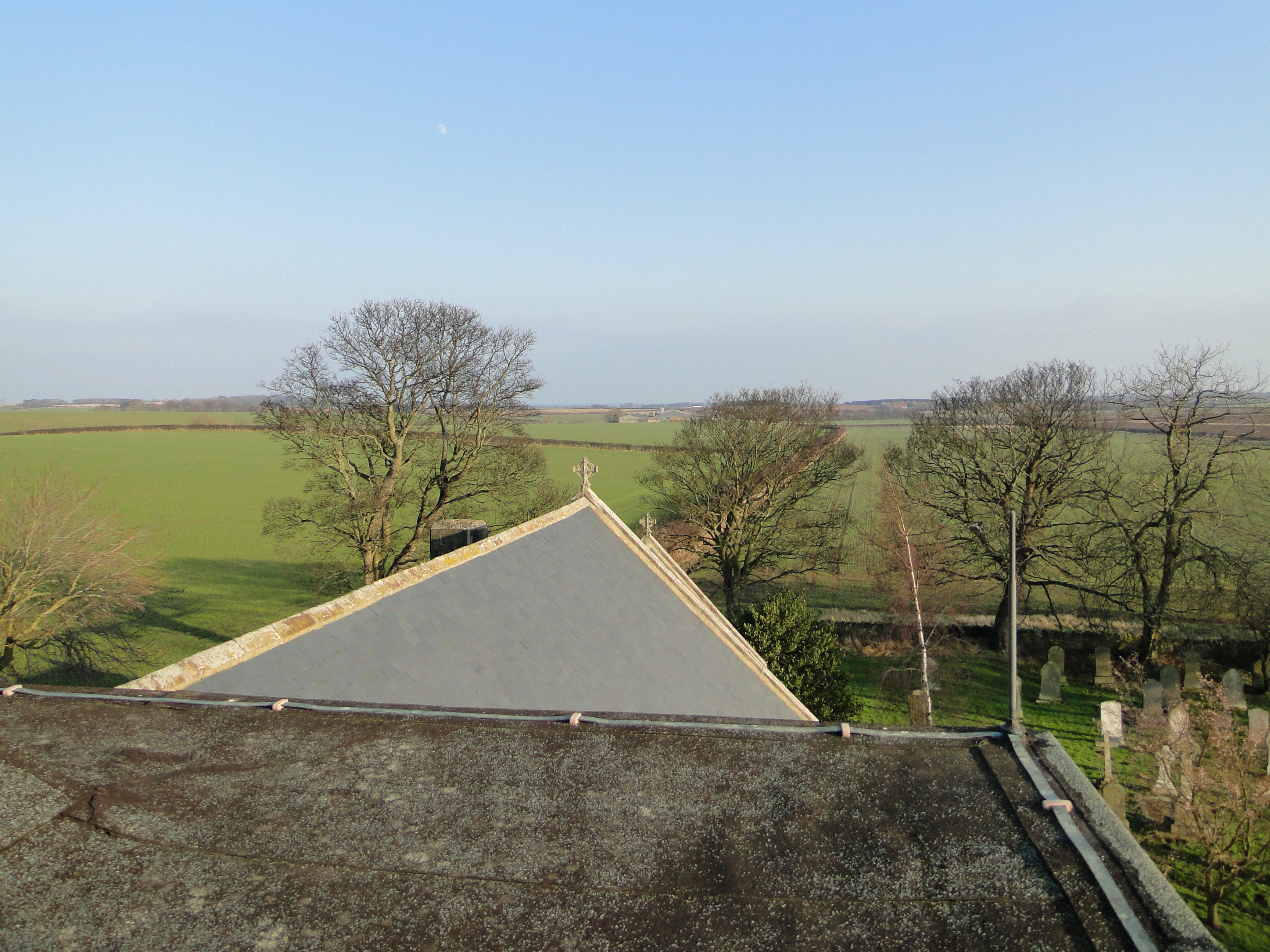 My lady – I forgot to ask her name, but she’s organist – tells me they have a weekly service with a handful of people, and she is worried what will happen in a few years time. It would be ironic if a church that survived the Scots simply dies through lack of interest.

I missed a gravestone to a group of Poor Clares – eight sisters who escaped from Rouen during the French Revolution and who lived at Haggerston Castle. I failed to photo the Louping on Stone, by which a lady who was going to ride behind a horseman could mount in a dignified manner. We rode home in a dignified manner – coffee break in Wooler, snow on the hills by New Moor House (the crossroads with the Alnwick/Rothbury road), but the snow had gone by Rothbury and there was none on the hills south through Netherwitton. Let’s finish with Ancroft’s tower – the high point of today.