St Chad’s church, Longford, has a page on the Derbsyhirechurches website, but there is no mention of a church website there or on a achurchnearyou. It is at grid reference, SK 214383, and is off the road, in parkland by Longford Hall. Road access is through a gate which was opened for us as we were going to sing Evensong, but whether you would be able to drive down there (and whether you would be able to get in or not), I wouldn’t like to say. I had the opportunity of doing a quick trot round with my camera, but no doubt there is much I missed. I failed to get a photo of the combined choirs, which was very silly of me. 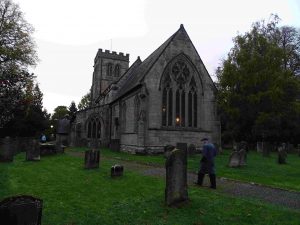 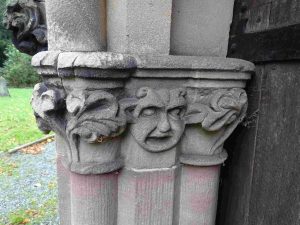 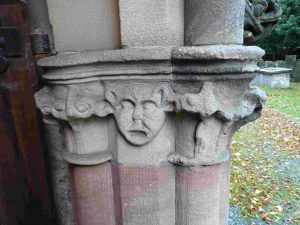 There are gorgeous faces high in the Nave roof, and some interesting ones in the Chancel (especially designed for mobile phone storage). 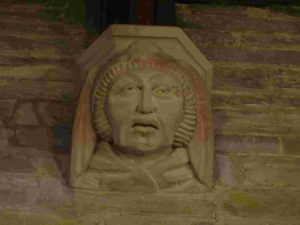 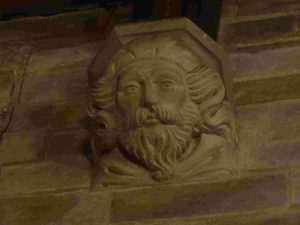 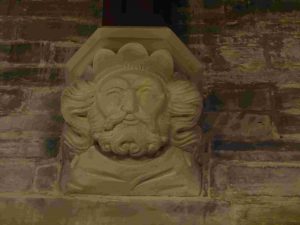 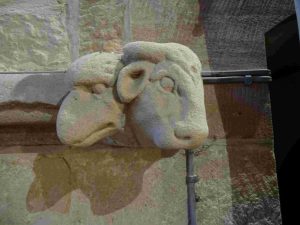 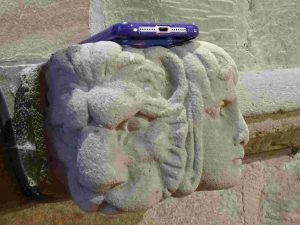 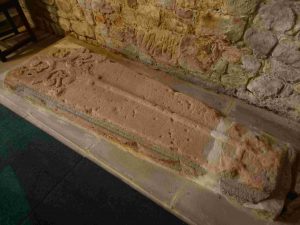 There are several effigies of members of the Longford family. There is an article about them here. I think this is Sir Nicholas, who died about 1404. I like his belt, and some of the carvings in the arcade. 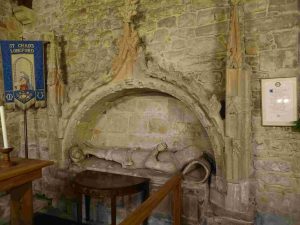 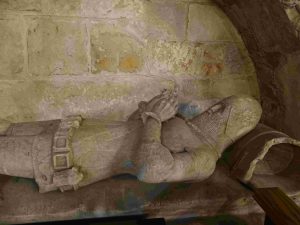 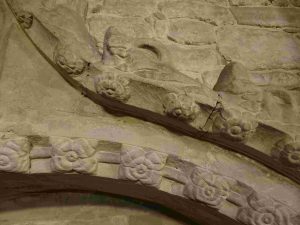 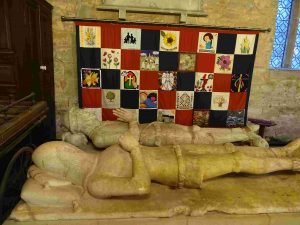 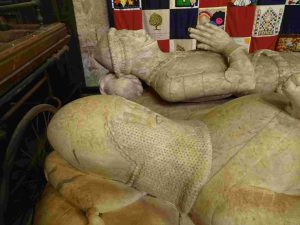 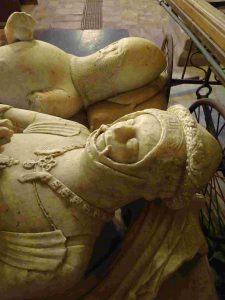 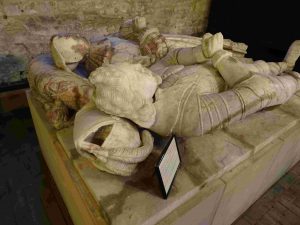 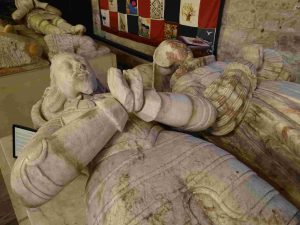 There is a selection of more modern memorials. Thomas William Coke, 1st Earl of Leicester, 1842. Another memorial I thought, and then realised this gentleman is (I think) Coke of Norfolk – the great agricultural pioneer. There is a piece about him on the Holkham Hall website. I remembered him from A level geography, and there is a biography of him here. 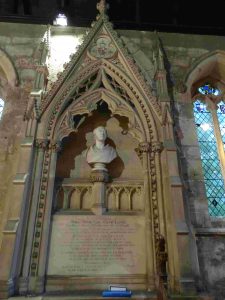 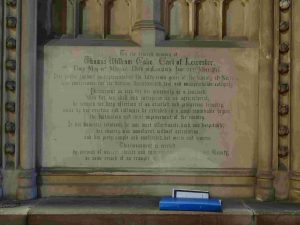 In this memorial his wife, Anne Amelia, Countess of Leicester 1844 is being taken to heaven.

Sedilia and altar too. 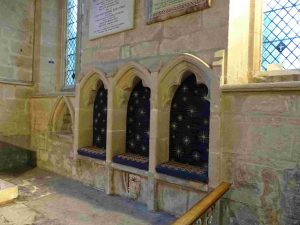 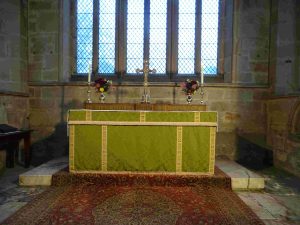 It was a good evening – lovely to fill the church with music.

This entry was posted in Derbyshire. Bookmark the permalink.