We drove north along the east side of Bassenthwaite, and found St John’s church at NY 229316. The website is here. Pevsner says the church is 1878 by David Brade of Kendal, and describes it as “expensive but ill-proportioned”, though he says the inside is better. It didn’t do a lot for either of us. Tall, must be a pain to heat, and the 1900 stained glass by Clayton & Bell is not particularly inspiring. 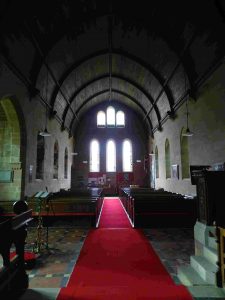 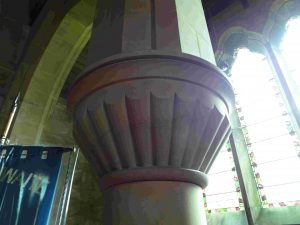 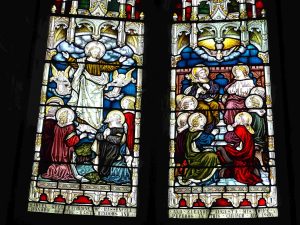 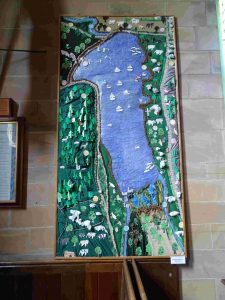 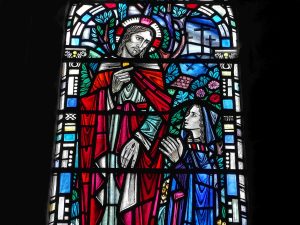 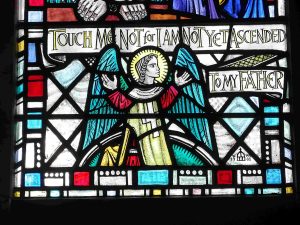 Pevsner describes the font as “a monster block”. The woodwork is rather lovely. 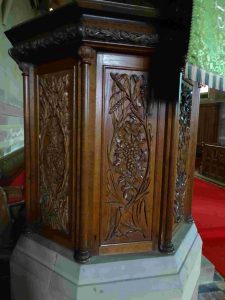 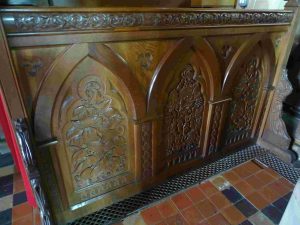 What can we find out about Lieut. Henry Rathbone Hele-Shaw R.F.C, died on the Somme, 19 July 1916, aged 20? There is a little on this blog – Cumbrianwarmemorials. “Henry Hele-Shaw was the only son of Dr Henry and Mrs Ella Hele-Shaw of Westminster, neighbours of Morris & Co. Educated at Marlborough he had just obtained a scholarship to Clare College, Cambridge when war broke out. He joined the Royal Flying Corps in late 1915 acting as a ferry pilot before joining 70 squadron where he was very soon wounded. Shortly after re-joining his squadron he was shot down on 25 September 1916.” Just another of that generation of young men who never grew old. 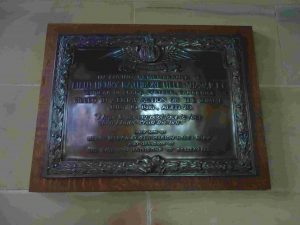 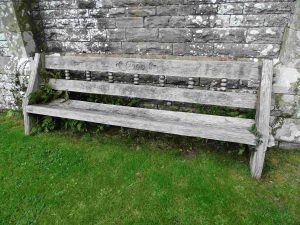 This entry was posted in Cumbria, World War 1. Bookmark the permalink.