The church of St Michael, Baddesley Clinton – website, grid reference SP 203713 – is a short walk from the entrance to the Hall. A welcoming notice, and traditional Book of Common Prayer every Sunday (always a good idea to play to your strengths!). Apparently the churchyard is  carpet of bluebells in Spring. 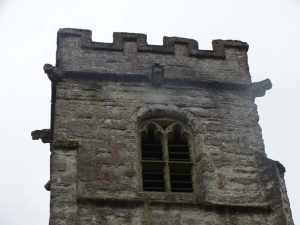 There is no mention of the church in Domesday. In 1305 James de Clinton was Patron, and the priest was Magister Will’mus le Archer. Two early priests are mentioned – “Simone persona” and Magister Johannes Horgilun r’tore de Baddisle. A plaque in church dated 1634 refers to this as the church of St James, the church was probably rededicated after restoration in the C19.

The thick walls of the Nave date no later than the C13. The height of the Nave was raised and the clerestory windows inserted between 1496 and 1509 by Nicholas Brome. Apparently this was to expiate his crimes in murdering a naughty priest (see my last blog). The Chancel was rebuilt and extended in 1634. There was restoration work in 1872 and the 1960s.

A lovely old oak chest by the door, and plenty to read. The hatchments relate to members of the Ferrers family. 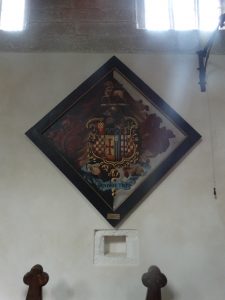 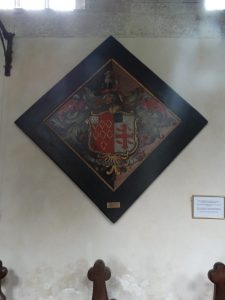 The organ is inscribed “Sarah Green, Organ Builders to their Majesties, Isleworth 1797”. Apparently her husband Samuel was an organ builder of some renown. When he died in 1796 she took the business over. It is a unique organ, and they use it regularly for recitals. 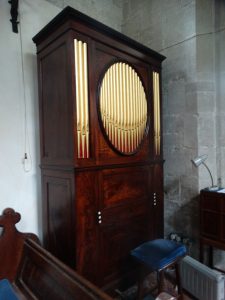 The altar tomb in the Chancel is that of Sir Edward Ferrers (1465-1535) and his wife Constance. She was the daughter of Nicholas Brome. 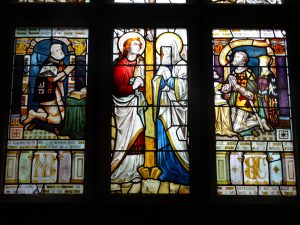 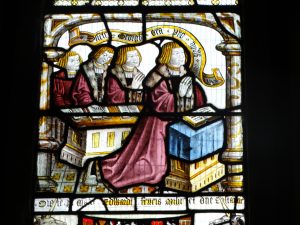 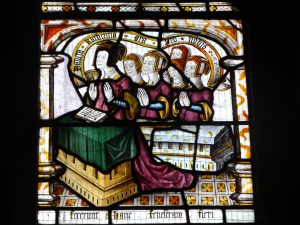 This entry was posted in National Trust, Warwickshire. Bookmark the permalink.