I’d fought my way into Newcastle as the girls wanted to shop, then headed west along the A69. South to Ovingham where I parked by the church – NZ085636. I ambled down to the bridge – www.bridgesonthetyne.co.uk/ovingham.html – which is a very rickety bridge. Built in 1883, I’m surprised it is still holding together. Apparently it has had a 10 mph speed restriction for the last 40 years. I didn’t walk right across to Prudhoe station – we’ll deal with that when we do the church and castle. Looking at an old map – www.disused-stations.org.uk/p/prudhoe/index.shtml – Prudhoe Colliery was rather large. 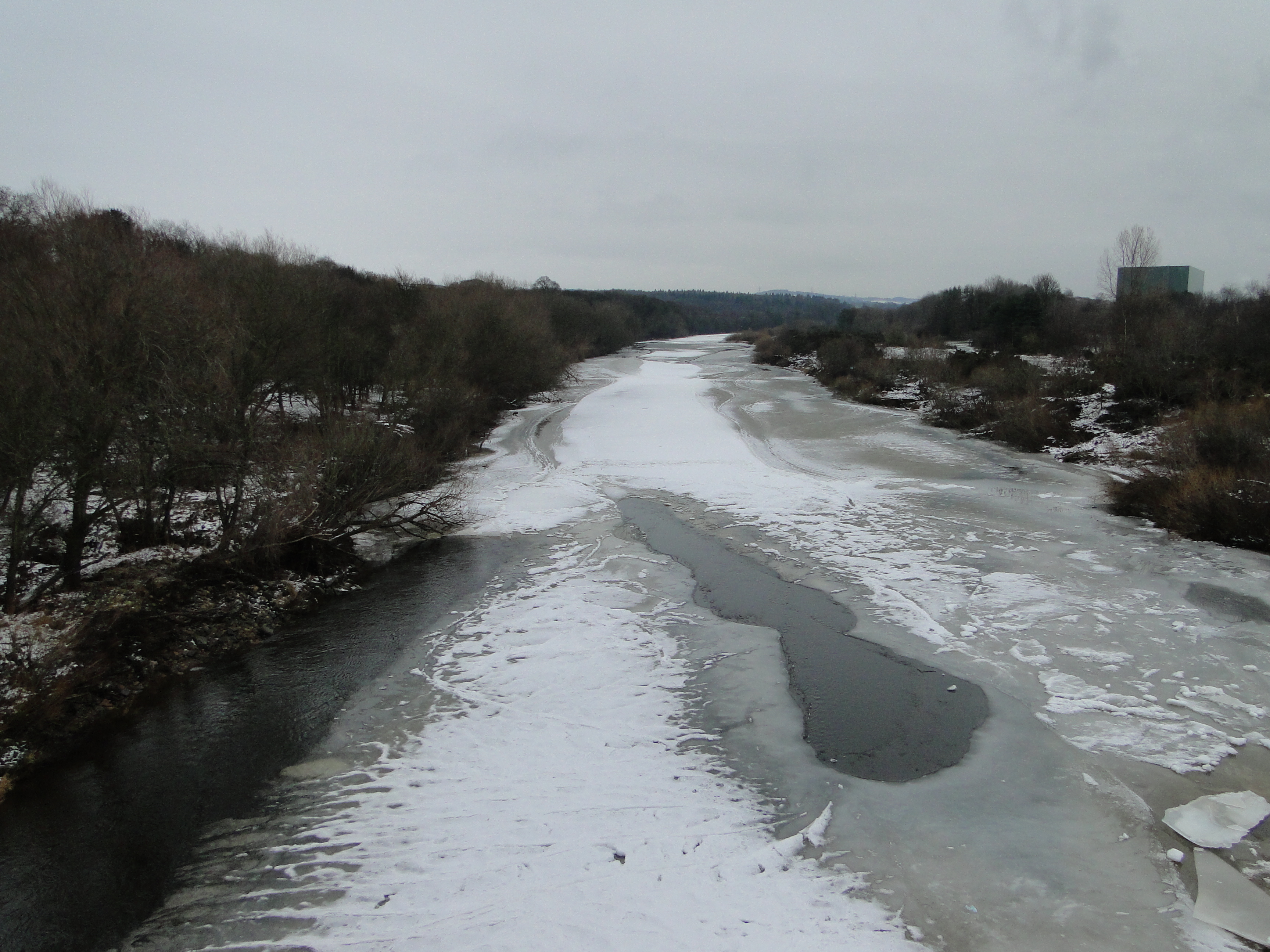 The River Tyne is frozen even here – and there must be a lot more water here than further upstream at Chollerford. 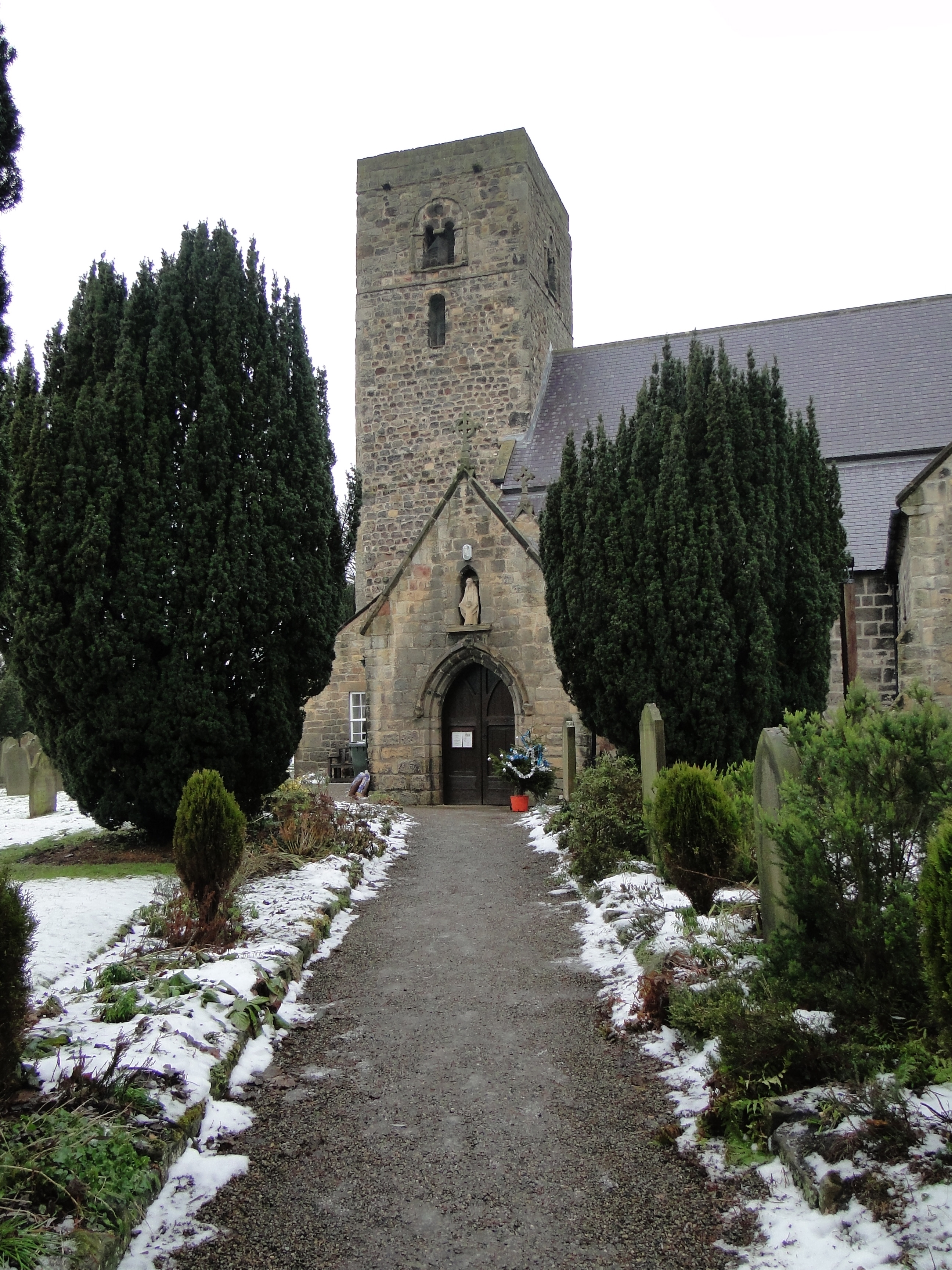 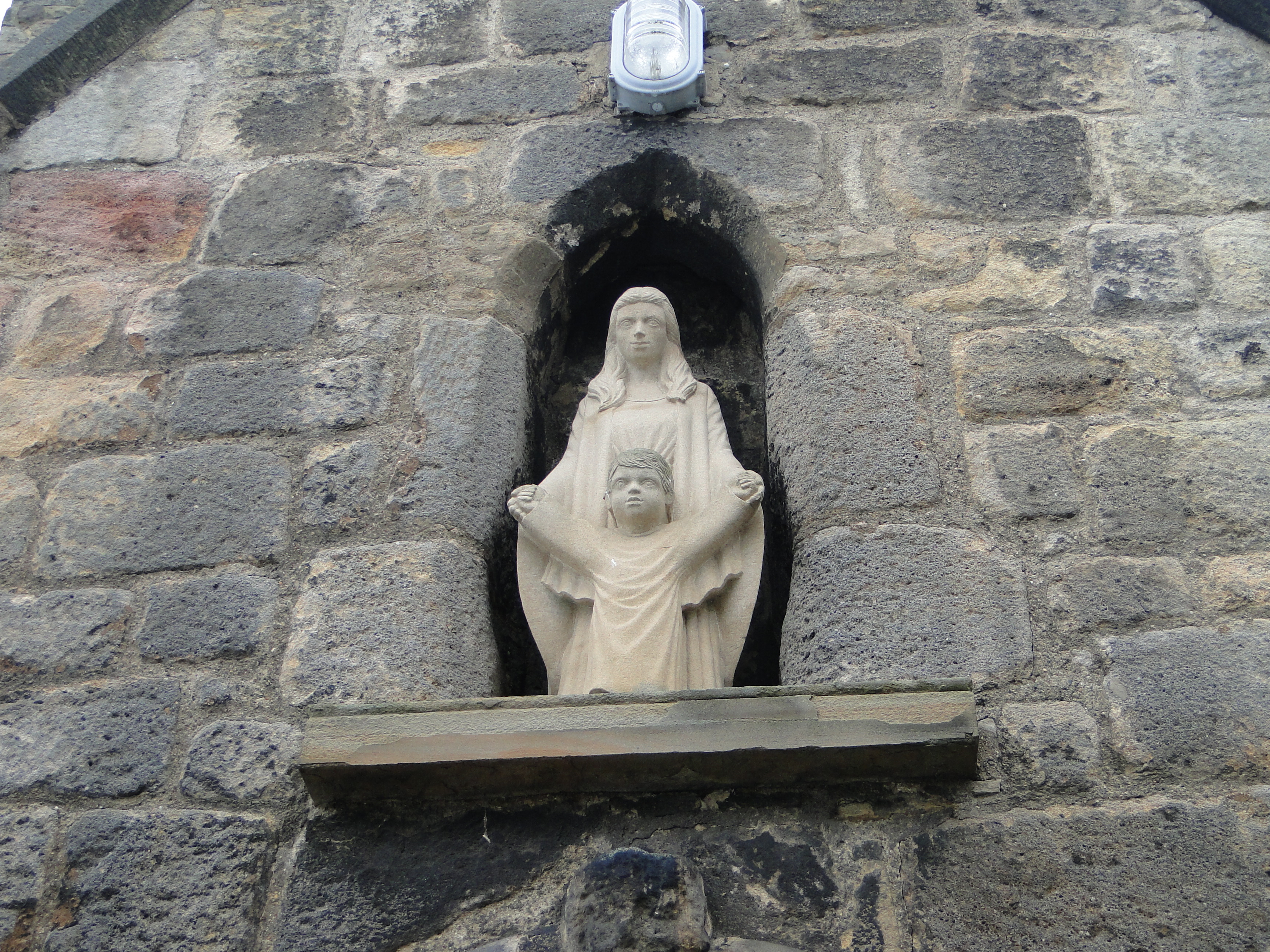 Thomas Bewick, the woodcarver and engraver, is buried in the churchyard – but I’m not sure where – and I later find that a listed grave is that of Isaac Jackson. He was a clock maker who made a three-legged escapement that was used in a clock for Robert Stephenson, and the design went on to be used in Big Ben. http://britishlistedbuildings.co.uk/en-239472-memorial-to-isaac-jackson-c30-yards-sout. George Stephenson was baptised here – presumably it was the parish church for Wylam.

One rather interesting memorial is to John Wormald. “Erected by the workmen of Prudhoe Colliery in memory of John Wormald aged 59 years who accidentally lost his life on the first day of June 1874, on the engine plane while following his vocation as Overman in Prudhoe Mine. A constant friend to those under his charge – a man of an affectionate kind and amiable disposition, and endeared to all who knew him.” More information on the website of Durham Mining Museum. 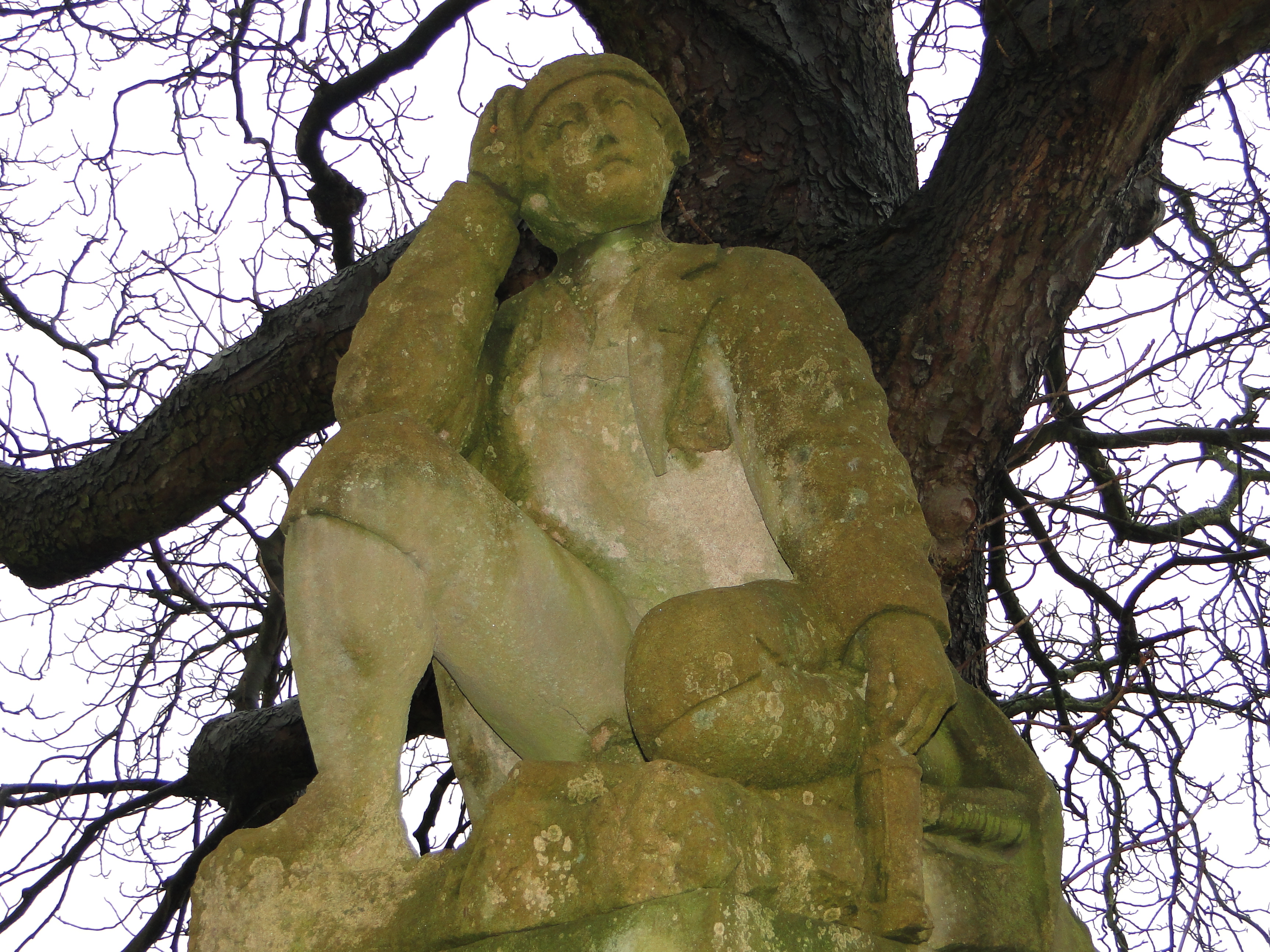 This photo was taken with flash in the rather bad light.

One more photo of the rather stunning tower – then I drove north onto the Wall, diverted via The Vallum Tea Room – www.vallumfarm.co.uk – for a soup lunch and a “buy one get one free” offer on their home-made ice cream. Now I’ve written this blog I will go and indulge in some Raspberry Cheesecake Ice Cream. Bet you wish this blog had taste! 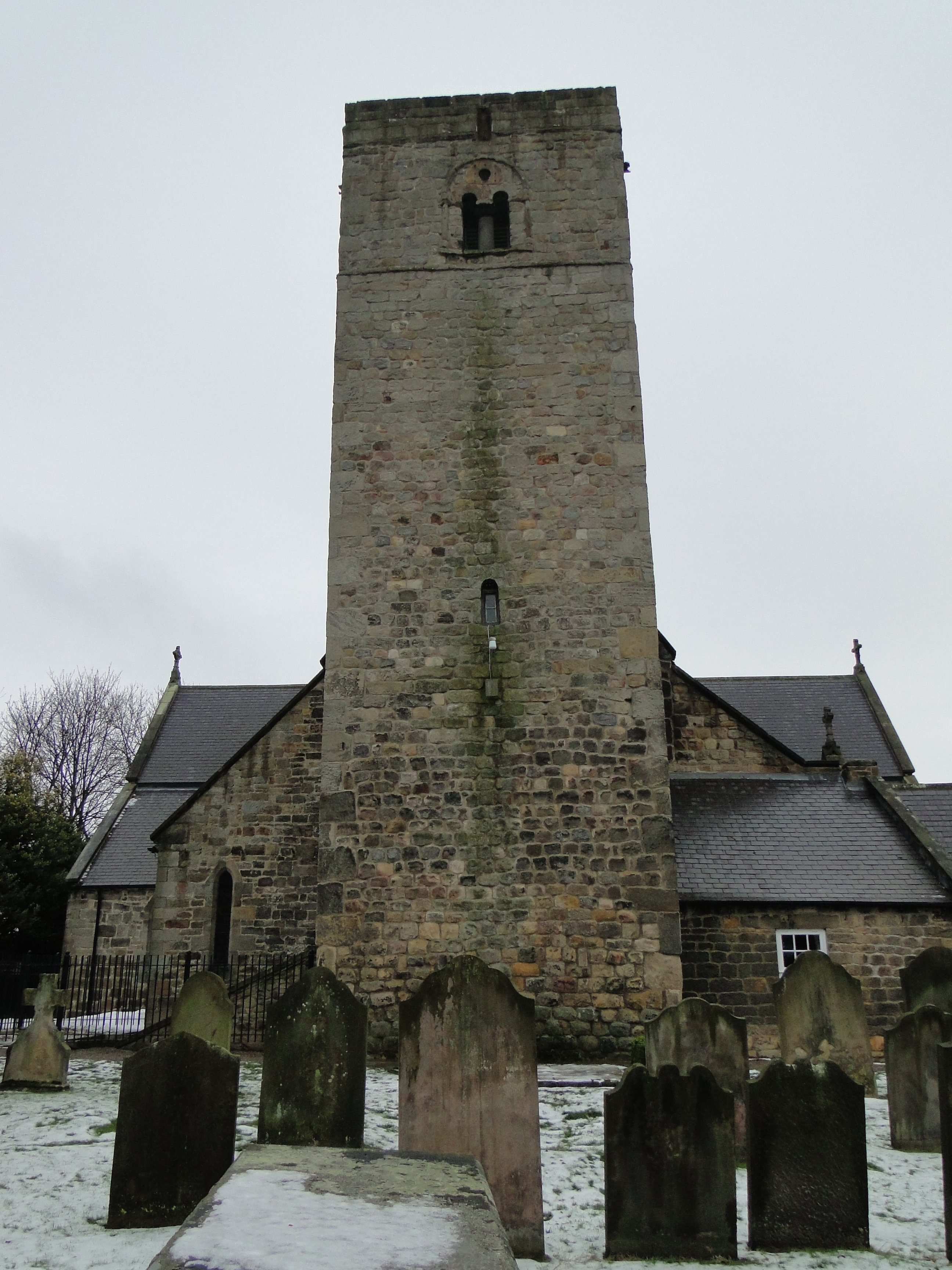