“Oswald set up the sign of the holy cross and, kneeling down, prayed God to send his heavenly aid to those who trusted in him in their dire need. This place is pointed out to this day and held in great veneration. It is said that, when the cross had been hurriedly made and the hole dug in which it was to stand, the devout king with ardent faith seized the cross and placed it in position himself, holding it upright with his own hands until the soldiers had heaped up sufficient earth so that it stood firm. This done he raised his voice, and calling out to his army, said ‘Let us kneel together, and pray the true, the ever living and almighty God to protect us in his mercy from the arrogant savagery of our enemies, for he knows that we fight in a just cause for the preservation of our nation.’ The whole army did as he ordered and, advancing against the enemy as dawn was breaking, they won the victory that their faith deserved. At this spot where the king prayed, innumerable miracles of healing are known to have occurred which serve as a reminder and memorial of the king’s faith. This place is known as the ‘Heavenly field’, which name bestowed upon it a long time ago, was a sure omen of future events, indicating that there the heavenly signs would be set up, a heavenly victory won, and heavenly miracles take place. It lies on the northern side of the wall which the Romans built from sea to sea.” The English Church and People, Bede.

Drive along the military road today and your first sign is St Oswald’s Tea Room – www.atasteofnorthumberland.co.uk. Past experience shows their lemon meringue pie is the best on the Wall. A little further on is a laybye (NY937696) and a sign marking the battle in AD 635. Oswald was son of King Aethelfrith of Bernicia, a kingdom which roughly covered the territory of Northumberland and Durham. His father was killed in battle, his uncle Edwin became king, and Oswald and his brother Oswiu fled to Scotland – ending up on Iona. Here he was greatly influenced by the monastic life, and was baptised.

Edwin was killed at the Battle of Hatfield Moss in 633 and Oswald returned to Bamburgh, the seat of power of the Bernician royal family. Two years later, Cadwallon of Gwynedd marched north, Oswald south – and they met here. Oswald won, and in his seven years as king he enlarged his kingdom, and bought Aidan down from Iona to Lindisfarne. He died in a battle at Oswestry in 1642 – his head was eventually buried with St Cuthbert’s body in Durham Cathedral. Many stained glass windows contain an image of Cuthbert holding Oswald’s head in his hand – I must look out for that!

The original Saxon church was succeeded by a Medieval church, remodelled in 1887. Dad is threatening to write an article on this sundial – I was sulking because an elderly couple we’d talked to had asked if we were brothers. 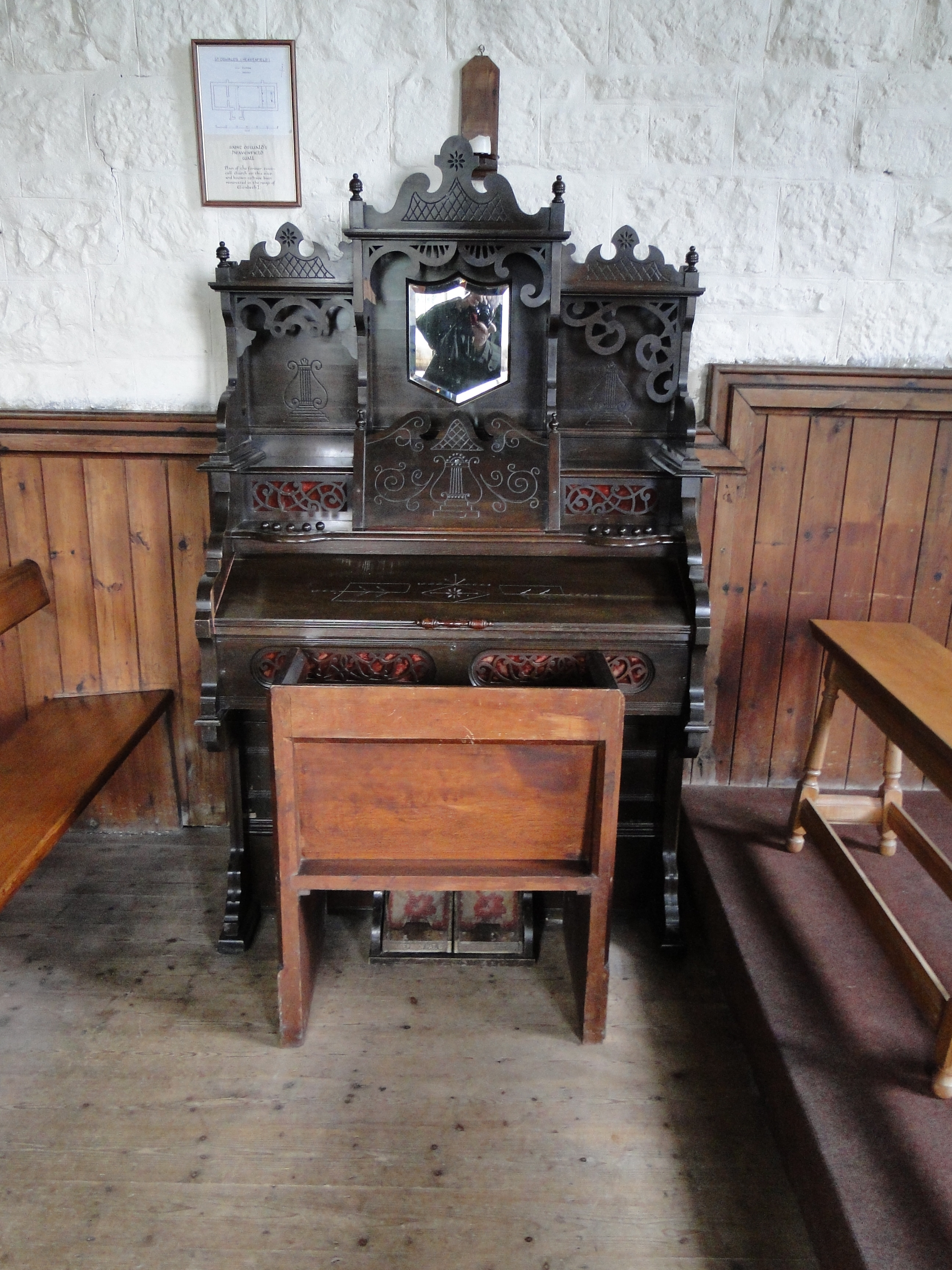 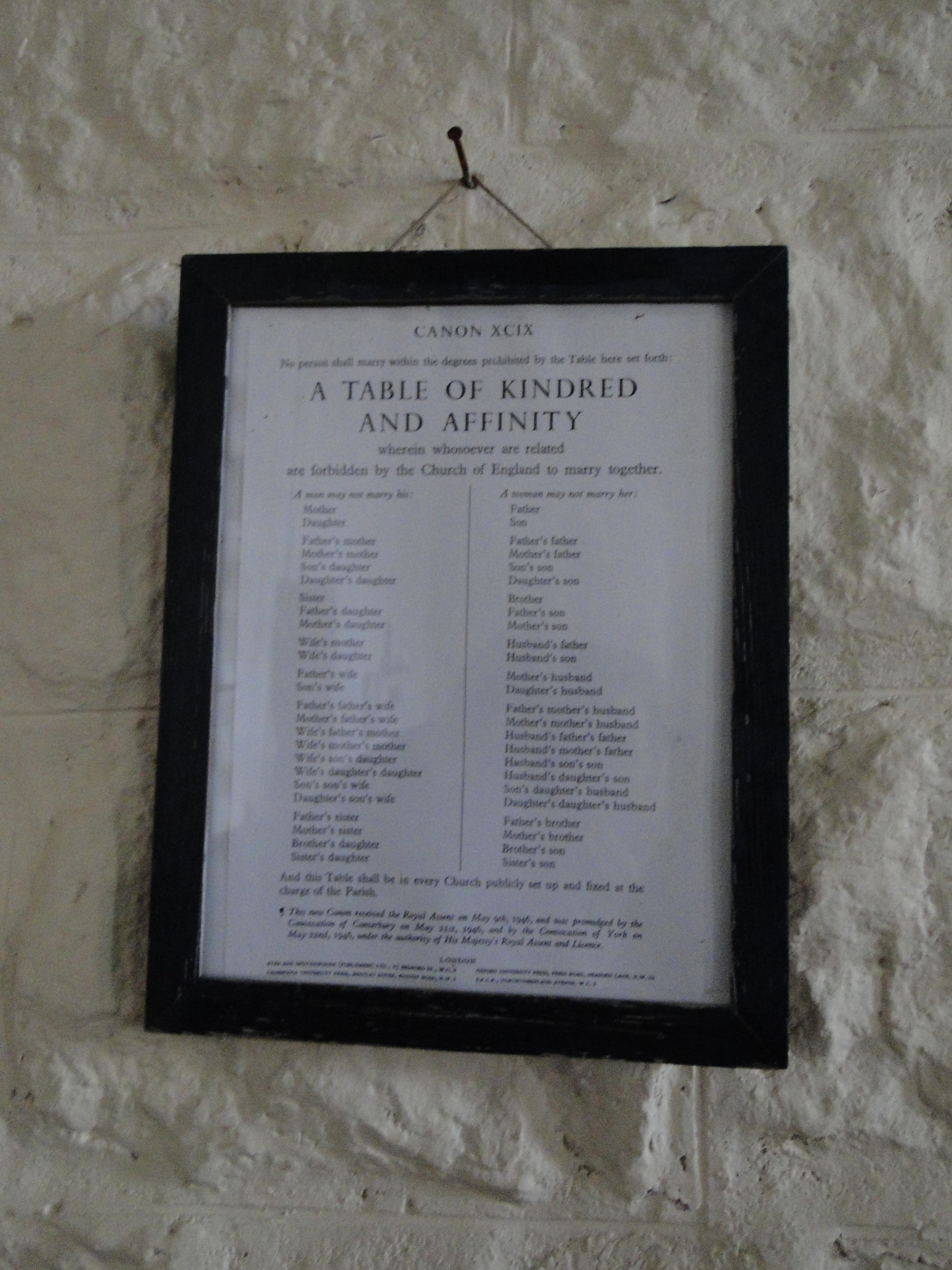 The Roman altar is ancient … so is the harmonium. And I do wonder how many other churches I will find that fulfil the legislative demand to display the Table of Kindred and Affinity? (I must ask the Archdeacon if it is still a requirement). The vestry is full of excellent displays. 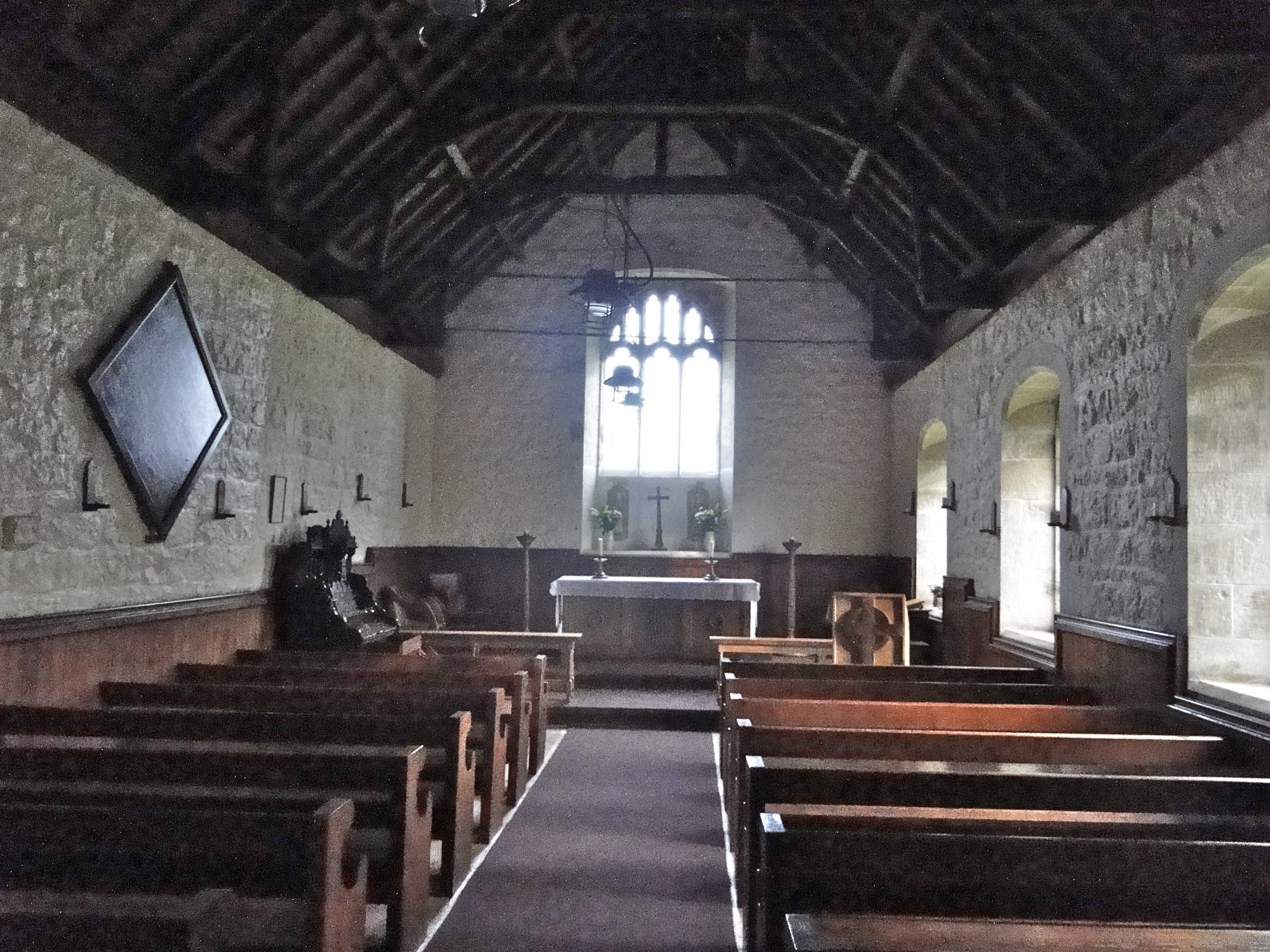 The church is used about ten times a year – including Midnight Mass. That would be fun – must put in the diary for 2027, the first Christmas after I retire. Walking across the fields in the dark – much more fun than a church in the middle of a village.